MWC Shanghai started today and Samsung is on the floor making some announcements. The first one is the growth of its ISOCELL technology to become a standalone image sensor brand, with 4 new sub-brands that cater to different devices and markets. The aim is to make it easier for customers to recognize the main strength and features of future devices' cameras.

The 4 sub-brands are Bright for great low-light images, Fast for quick autofocus even in the dark, Slim for thin sensors that still deliver great photos in slim devices, and Dual which have combinations of different sensors to bring multiple features in one device. Samsung's phones have usually cost a bit more than the competition, but it's sort of thrown caution to the wind lately. The Galaxy S8 Plus retails for around $850, which is a lot of money even when you break it out over two years. A rumor from Evan Blass at Venture Beat suggests the Galaxy Note 8 could take things even further with a €999 price tag.

When a new year begins, sometimes you just want to forget the mistakes of yesteryear. After the Galaxy Note 7 fiasco, some of us thought that Samsung would, or should, ditch the Note brand to avoid any future distrust in the consumer market. Well, it would appear that the electronics giant is not going to do that. 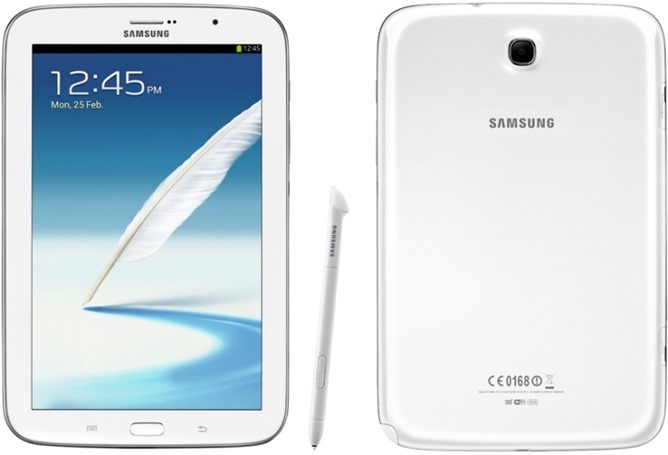 The Note 8.0 is Sammy's newest entry into the eight inch slate market, which also brings most of the best features from the Note 10.1 and Note II along for the ride. I've actually been playing with the Note 8.0 for the last day, and I can say this: it's one of the best tablets I've ever used.

At this point, we can be fairly sure an 8-inch Galaxy Note tablet is a thing that's happening. It has shown up in numerous benchmarks (as the GT-N5100), and supposedly packs a 1280x800 LCD display, which we can all but guarantee will be of the Wacom variety.

Now, Samsung's head of mobile JK Shin has allegedly confirmed the device's existence to Korean news outlet iNews24. The announcement was made at an invitation-only dinner with some of Samsung's newly-promoted high-level officers. Also on the list were a few members of the Korean press. At some point, Shin revealed to iNews that the 8-inch Note would be revealed at MWC in Barcelona, late next month.