OfficeMax may not be the first store you hit up when looking for new electronics, but the retailer is currently offering 20% off the price of a wide range of Android tablets and other items, including printers, ink, and other substantially less exciting necessities. To take advantage of the offer, you just have to pick out your product of choice and enter SAVE20 at checkout. The code is valid from now until January 11th.

Need more proof that a Nexus 7 refresh is on its way? The deals are just flowing in. Adorama has knocked $50 off the price of a new 32 GB Nexus 7, bringing the beefier version of the tablet down to just $199. This price is part of a special email promotion, and it's quite lower than the $230 price point the tablet currently goes for at the site. The Nexus 7 may no longer be the peppy little device it used to be, but it's still a good deal for the money. 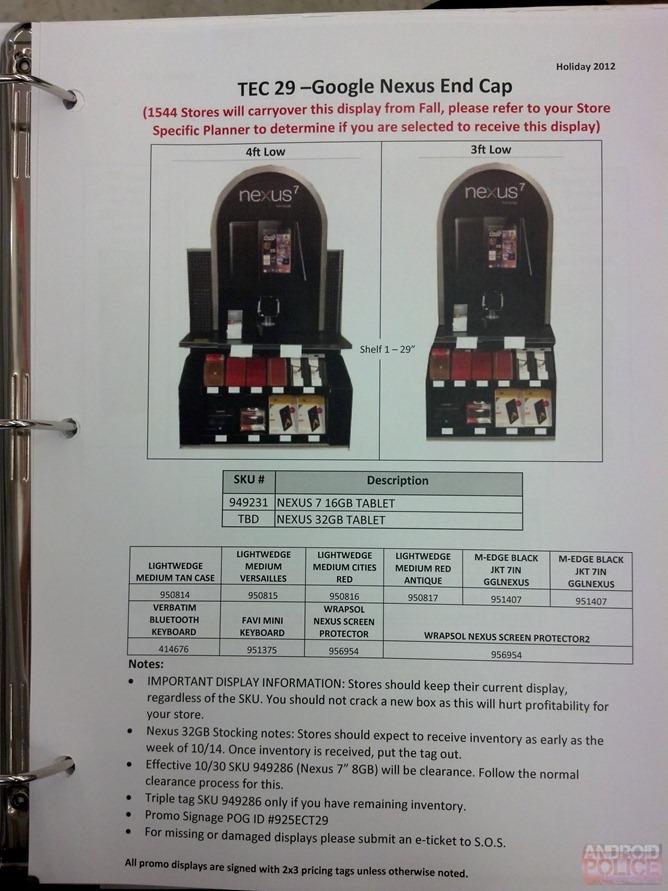 This is exactly what it appears to be: aisle end cap instructions for the upcoming holiday season. 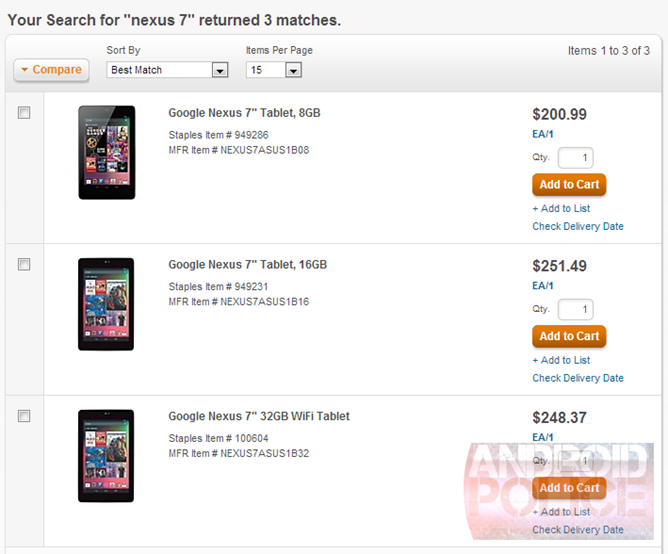 The price shows as a few dollars less than the 16GB version, which lines up with previous rumors that the 32 may actually replace the 16 - a questionable move on Google's part, no doubt.