This deal popped up a couple of days ago but sold out before we could even post it, so time is absolutely of the essence here. You can get a brand new, midnight blue, 32GB, carrier unlocked Nexus 6 for only $299 on eBay while supplies last. Shipping is free in the USA.

No, not that Nexus 6. I'm talking about the one that has been on the market and by most accounts is a pretty top notch device, even as it has aged.

If you're on the fence about a Nexus 6 or Nexus 9, Google's got a deal going this morning for both devices, though of different types. The Nexus 6 is $150 off on all models, bringing the 32GB version down to $499 and the 64GB to $549. The deal doesn't have a stated expiration, but "save $150" does seem to imply it's probably temporary, as part of a larger father's day promo. 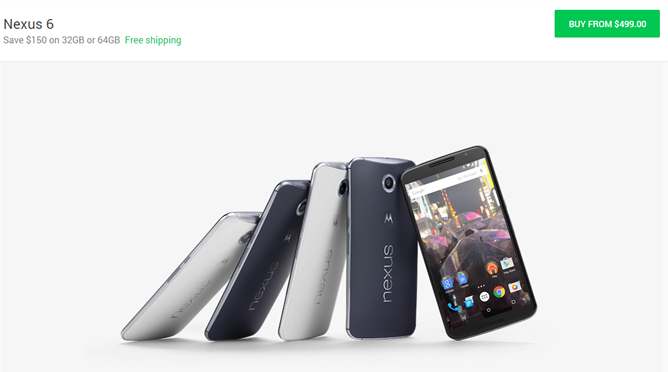 The Nexus 9 gets a $50 Play Store gift card if you order one by June 23rd, though we've seen this deal more than once in the past.