Google just sent out the invitation below for an event in San Francisco on September 29th. This will almost definitely be the venue for the unveiling of the next Nexus phones, rumored to be manufactured by Huawei and LG. There's also a strong possibility of a new Chromecast, and who knows what else Google may have planned. 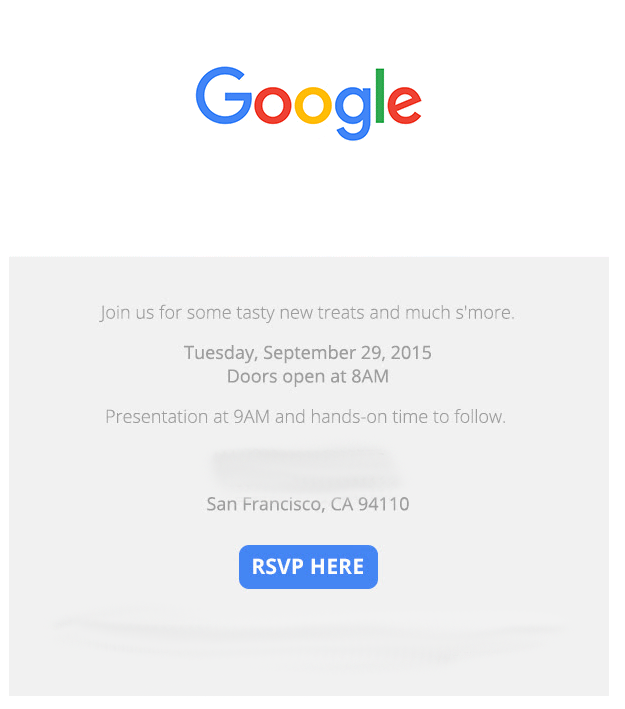 We'll be live at the event on the 29th at 9AM PST, and you'll be able to catch it streamed on Google's YouTube channel, as well, at youtube.com/google. Otherwise, this is the real McCoy - you will likely not get a usefully better look at the back of the upcoming LG Nexus phone until launch, if you ask us.