Along with a software update to the TiVo Premiere DVR, Margret Schmidt VP of TiVo User Experience tweeted the release of their first Android app:

Oh, and the other cool new thing? Android! market.android.com/details?id=com…

This comes as great news to TiVo owners as it allows them to control their DVRs from the comfort of their Android 2.1+ phone or 7-inch tablet (the app description makes particular reference to "7-inch tablet").

Late last year Google chairman Eric Schmidt commented to an Italian newspaper that "in the next six months [Google planned] to market a tablet of the highest quality". His statement generated much speculation primarily over whether Google planned on releasing a self-branded "Nexus" tablet or whether they would merely partner with a device manufacturer, such as Motorola, Samsung, or HTC.

According to a rumour from Taiwanese electronics daily DigiTimes, Google may be preparing to launch an "own-brand tablet PC...targeting

Hot on the heels of the Droid Razr's leaked fastboot files, two more Motorola devices can now be restored to stock configuration in case of emergency.

Motorola's Atrix 2 and Droid Bionic have both had their fastboot files leaked in recent days, providing a bit of insurance for daring users and developers alike. The Atrix 2's files are available here, while the Droid Bionic's fastboot set can be found here.

Did you give or receive an Android device for Christmas? Even if you did not, it looks like a whole host of people found the green robot under their tree this Christmas. According to a tweet from the ever-so-candid Android head Andy Rubin, 3.7 million Android devices were activated over the 24th and 25th of December.

Just over a week ago we reported that device activations had hit about 700k a day, which suggests that the Christmas weekend figures of approximately 1.85 million activations, per day, is a significant increase.

Update: The Tegra-3 optimized version just landed in the Android Market. If you're one of the lucky ones who has a Transformer Prime (or has one on the way), then get ready for some amazing graphics. 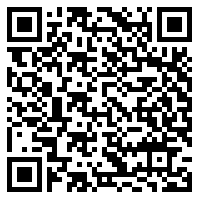 The very first quad-core Tegra 3 tablet will be launching soon, and with it comes the promise of a whole new class of Android games.

Blowfish Studios has just unleashed two versions of Siegecraft into the Android world, one of which is optimized for Tegra devices. Not only does this game look beautiful, it appears to have some pretty dynamic gameplay as well. Immerse yourself into a world torn by war, in which you'll be in charge of protecting the land and castle of the race you choose to play as, eliminating enemies with a wide range of awesome weapons.

Calling in a pizza order is so last decade. Pizza places don't even have phone lines anymore, do they? Didn't think so. Papa John's Pizza, the self proclaimed "leader in desktop and mobile web ordering," just stepped up their game, introducing an official app to the Android Market. Now ordering your Papa favorites is easier than ever, and with the new app you'll have access to everything that can be found on the actual website right at your fingertips.

Tired of blowing the dust off that old Atari just to have some classic pong fun? Well box that bad boy up and prepare for a spin on the old classic. Popular iOS game Multiponk has just made the jump to Android, and it provides a fun twist to classic pong gameplay. Optimized for both tablet and phone, this game will provide you with intense multiplayer action throughout 7 different game modes.

Intrepid Google+ user and Android head Andy Rubin mentioned yesterday that there are now over 700,000 Android devices being activated every day.

Popular screen recording app, Screencast, has just received an update with some pretty sweet additions. Those of us who use this powerful app know how awesome it already is, but it just got better with a new time lapse recording feature. I'm sure some users have been waiting for this for some time now, and it sure is welcomed. It'll definitely add a whole new element to app and game demos.