Everyone is trying to crack the curated news segment. From Google News to Apple News to Facebook and Twitter's algorithmic feeds, some of the biggest companies out there are doing their best to find the news you want to read, but if I'm being honest, few of them manage to do it. They get close, but I often find articles in my feeds that I have no interest to check. Microsoft is throwing its hat in the ring with a new app, Hummingbird, and my first-run experience with it has left me with the same mixed feelings. The app is obviously in Arabic and right-to-left aligned. It follows the same design as the other apps with a red theme and title bar, different categories of news spanning the world and the Middle East, and covering politics, science, technology, economy, arts, sports, and more. "CNN for Samsung Galaxy View" is, of course, only compatible with the Galaxy View, but it's been published to the Play Store presumably for the sake of easy updates. 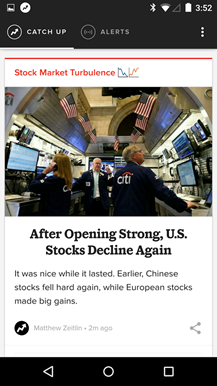 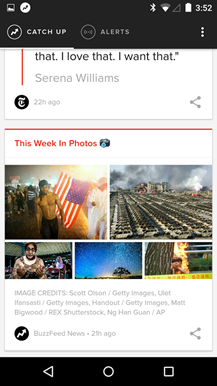 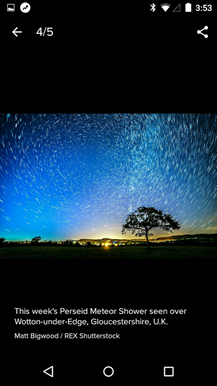 BF News is a typical news app, but it's a bit Spartan at the moment.

"The Beeb on your wrist" might be mistaken for Cockney slang by some poorly-travelled American blogger, but in this case it's the latest feature to hit the official BBC Worldwide news app. The update to 3.2 for BBC News UK and BBC News Worldwide will send short snippets of stories to your Android Wear device. The only other changes are bug fixes and some layout adjustments for the primary, non-wearable app. 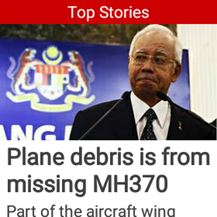 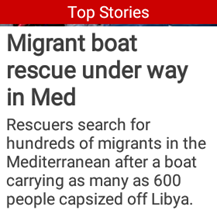 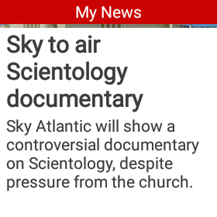 BBC News on a watch is surprisingly usable. A title, header image, and short paragraph for each story are displayed in a sort of mini-RSS style. The layout lets you swipe horizontally and vertically: go up or down to move between the "Top Stories," "My News" (selected on the smartphone app), and "Most Read" categories, and swipe left or right to move between individual stories.

Microsoft has been surprisingly generous when it comes to apps for Android, a platform it's technically still competing against. (Sort of.) Today the company launched an entire suite of Android apps to support its MSN/Bing web platform. All six of them tie directly into existing services: MSN Food & Drink, MSN Health & Fitness, MSN Money, MSN News, MSN Sports, and MSN Weather. They're all free to download in the Play Store right now. 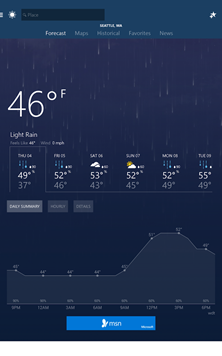 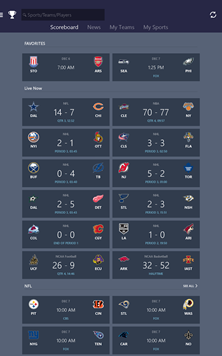 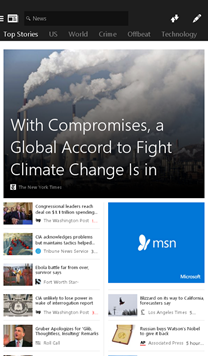 The new apps are basically re-skinned versions of the mobile websites they connect to, but the structure is a little more usable than a straight-up web wrapper, something that's depressingly common in the Play Store.

Yahoo has released another Android app and - hey, come back here, this is actually cool - it's an attractive take on providing the news. Yahoo News Digest gathers bits of news from around the Internet (various reports, video, Wikipedia entries, Google maps, etc.) and puts them together to form a single story. The formula isn't quite the same as Circa's, but it should seem familiar to anyone accustomed to that bite-sized news app. Presentation is half the appeal here, and you may be pleased to know that Yahoo has done a good job creating an app that doesn't offensively ignore all of Android's taste in design.