Network administration is one of those annoying realities of using so many connected devices, and while there are plenty of tools that can help streamline things, sometimes it feels like Chromebooks are doing everything they can to make the task more difficult. Right now, it's a hassle to even identify your Chromebook on your local network because Chrome OS doesn't broadcast your device's hostname — a unique label that helps it stand out. As a result, diagnosing even simple wireless issues is more painful than it needs to be, forcing you to deal with cumbersome IP addresses. Thankfully, you won't have to wait much longer before you can assign your Chromebook a convenient, easy-to-recognize hostname of its own.

Ever since the Motorola StarTAC, the loose association between cell phones and the original Star Trek TV series has been painfully obvious. If you want to show your love for America's most iconic piece of science fiction (back off, Star Wars nerds, don't make me bring up midichlorians), you'll soon be able to buy a screen-accurate and officially licensed version of the cell phone's spiritual progenitor. The Star Trek Communicator Bluetooth handset, Starfleet standard issue, will go on sale on January first. 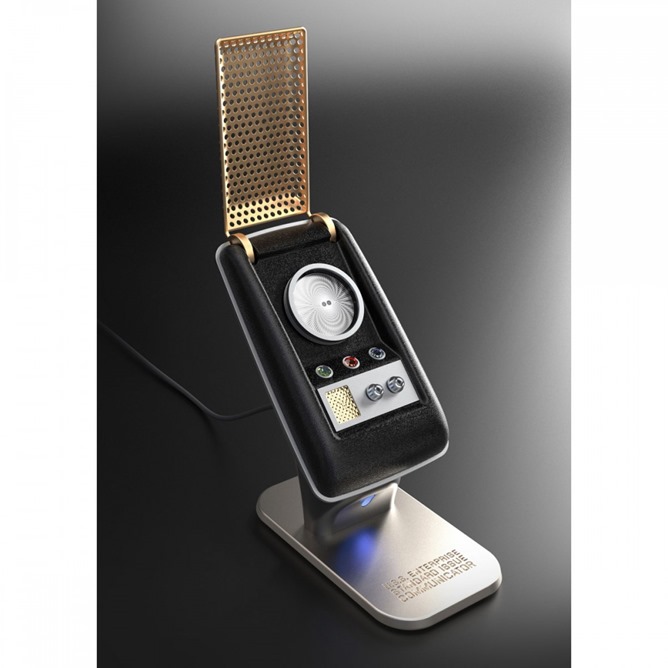 There have been plenty of fan-made Bluetooth versions of the Communicator, mostly based off of toys or one-of-a-kind creations for cosplay.