Google is constantly evaluating its products so it can break your heart by killing the services you love. How dare they? The most recent product to fall victim to a tyrannical "management decision" is My Tracks. Google will shut down the service on April 30th, and the latest app update makes sure you know it.

It's Update Wednesday, and you know what that means. Yes, time to sideload some APKs, because staged rollouts are lame. First on your to-do list is the new My Tracks update, which runners will be happy to see has a new map option. You can now see your path with an "Earth" overlay. 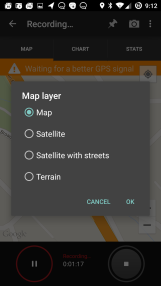 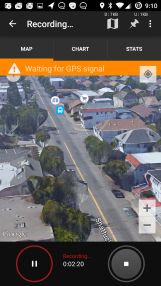 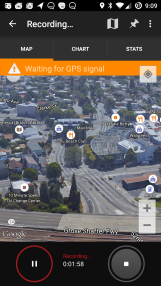 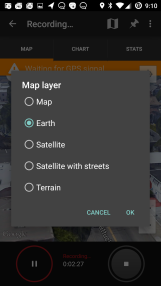 For a long time, Google's My Tracks app was basically a niche app, if not just a novelty. However, the recent addition of Android Wear support started to get things to make more sense. Location tracking on a smart watch is more convenient and may render obsolete the GPS watches of yesteryear. With the new 2.0.9 update, My Tracks has Google Fit support, giving My Tracks some credibility as a fitness app.

Google's walk/run tracker app, My Tracks, doesn't get updated terribly often, but when it does, there is usually something worth reporting. This most recent update is no exception, as it now offers Android Wear support and some changes to the way sharing works.

Unfortunately, Android Wear support does not mean that you can use the app on the watch alone, independent of the phone. Since Android Wear devices don't yet support GPS, it's basically impossible to have a functioning version of this app on a watch alone. Think of this, instead, as a very useful remote control.

If you haven't heard, Google makes a ton of Android apps. It can be a real hassle to keep up with them all, as the company is occasionally prone to updating a handful of them at once. So today we're lumping together new versions of My Tracks, Google Fiber, Google TV Search, Google Shopping Express, and Voice Search for Google TV all in one post. Links and changelogs for all five apps are available below.

My Tracks lets you see where you've been, how you got there, and how long the journey took you. Now it can track your calories too.

My Tracks is not one of Google's more well-known offerings, but it's been around for nearly as long as Android has, lurking in the Play Store as a handy resource for Android users who enjoy moving around. Today My Tracks received an update expanding on the usefulness of this location-monitoring service bold enough to tell you exactly what it does in its name. Now when the app shows where you've been, it will provide a more exact and attractive picture. All the better to track you with, my dear. 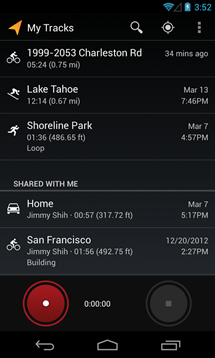 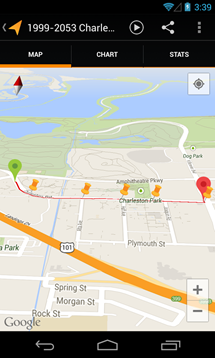 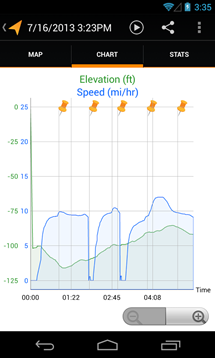 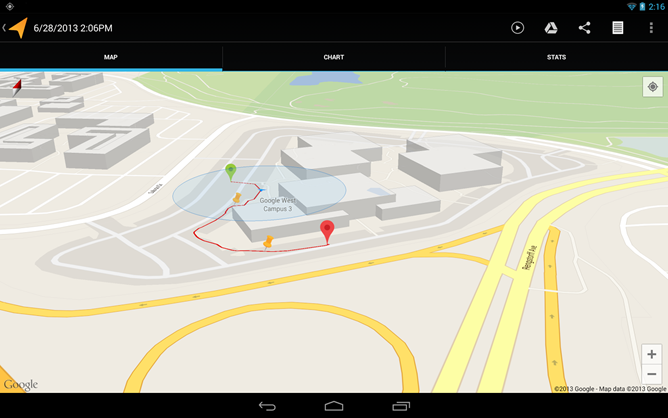 Google Maps has improved a lot over the years, now offering three-dimensional views of the landscape whenever we zoom in far enough.

As a cycle enthusiast, I've often used My Tracks to keep track of distance traveled, route, and time spent on each ride. And while we all thought it was a dead project for a long while (it was one of the first Android apps, after all), it received a much-needed facelift back in September of 2012, which brought a new record interface, better widget, and pause/resume functionality. Fast-forward to today, and another small-but-useful update has been pushed to the app. 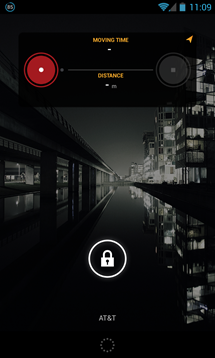 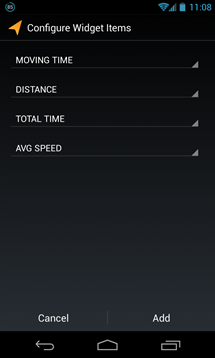 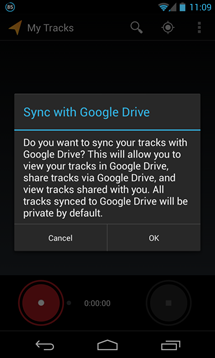 Today's update is more about function than form, as it brings improved sync and sharing features:

The biggest addition here has to be Drive sync, as it keeps all tracks and other relevant info stored in one place.

My Tracks is one of my favorite apps. I use it took keep track of distance traveled while cycling, and then upload my route to Maps and the data to Google Drive. This way, I can reference back and check my progress whenever I want.

Today, Google updated My Tracks to include one function that I've longed for since I starting using the app: the ability to pause and resume recording. I'm so happy they added this much-needed function, as the time will be far more accurate now. 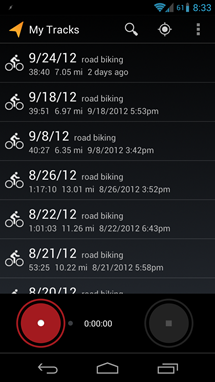 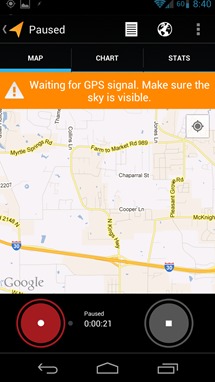 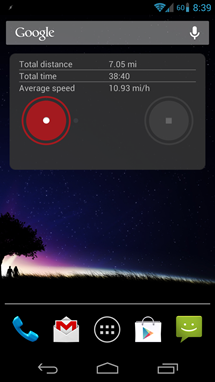 Yes, I know. I haven't had much time to ride lately.

There's a lot of run tracking apps out there, and you could be forgiven for forgetting about Google's very own My Tracks, what with its complete lack of zombies. But the dedicated runner or cyclist might want to give My Tracks a second glance, since it just got a major overhaul and (more importantly) it's still free. The biggest addition to the open source app is a user interface that plays nice with Ice Cream Sandwich, and presumably, Jelly Bean. 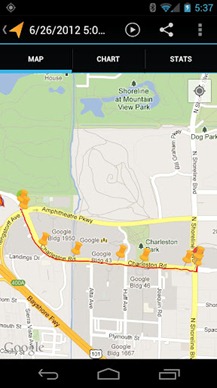 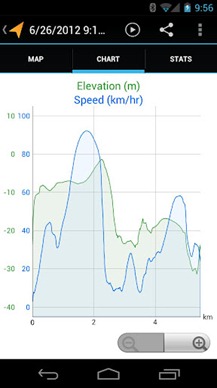 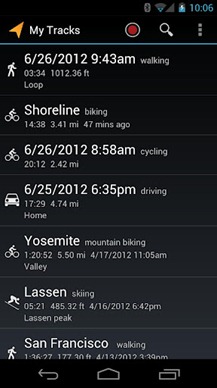