Musixmatch was known for the longest time as a lyrics application that found the words to a song you're listening to and displayed them in rhythm with the music. But Musixmatch has grown beyond that and over the past couple of years has become one of the most interesting music players on Android with local music playback, Chromecast support, and a nice Material Design interface. It is moving one step further now with the addition of Spotify.

If you have a premium Spotify account, you'll be able to use Connect to get all of your music inside Musixmatch. This includes access to all of your playlists and tracks just like you'd find them inside Spotify's app.

That cool little HDMI stick that Google released more than a year ago got more useful and more awesome when the Cast API became available for developers. And while there are now hundreds of apps with Chromecast support on the Play Store, Google keeps a small curated list of some of them, kind of like a featured selection. Every now and then new entrants are let into this special club, and the latest addition is a trio of interesting apps: musiXmatch, Lyve, and Fitnet. 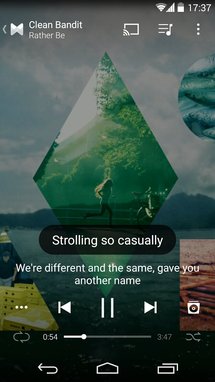 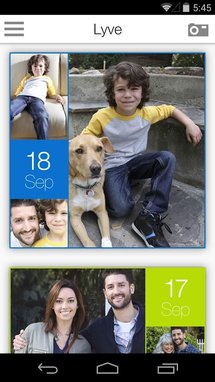 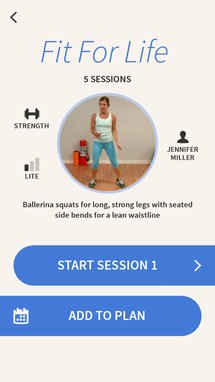 musiXmatch is the lyrics buddy to every song you listen to on your phone. Whether you're playing the songs through the app itself or through Play Music, Spotify, Rhapsody, rdio, or Deezer, musiXmatch will go grab the corresponding lyrics and float them on top of your screen, then scroll them in time with the music.