This is the latest in our Weekend Poll series. For last week's, see How Important Will Customization Be In Determining Your Next Android Purchase?

As it was demonstrated for the keynote audience, the presenters had linked various lights to an application in the tablet, dimming them or turning them off as they performed different actions.

Artem's on the floor at Google I/O at the moment, but he's busy taking pictures and popping out highlights over Twitter. While he's busy with that, here are some highlights (via the Livestream).

PowerAMP, hands down the best music player in the Android Market, was updated today to include a couple of long-sought features, most notably true gapless playback and crossfading between tracks. Gapless playback is pure joy for people who listen to a lot of mixtapes broken down into individual songs, and crossfading is the icing on the cake, preferred by many music lovers. 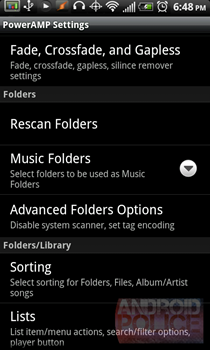 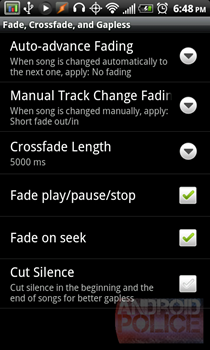 Other notable additions include .cue file support, a silence remover, backing up and restoring settings into the cloud (finally someone's implementing this functionality available ever since Froyo!), and a host of bug fixes.

Shazam, the music tagging service that listens to a song and tells you what it is, has announced today that the free version of their app will support unlimited tagging until January 1st, 2012. While this is pretty cool if you're a Shazam user who doesn't want to pay $5 for Shazam Encore (or didn't grab it what it was Amazon's app of the day), it's still pretty laughable for people who have been using Soundhound the whole time.

The word on the web today is that Google is in negotiations with Spotify, the European answer to Grooveshark, to partner up on Google's upcoming music streaming project. CNET's source claims that during talks with major record labels, Google did a bit of name dropping and announced that they were hoping to work with the popular European music streaming service, although nobody from either Google or Spotify was available to comment on that rumor.

This device will run Android 2.1 and the same version of Timescape as the X10 mini, with some tweaks to the Mediascape music interface to give users the Walkman experience.

Companies like YouTube and Grooveshark are at the center of the ongoing controversies around online distribution of copyrighted materials. This controversy reared its ugly head earlier this month when the Grooveshark app was removed from the Android Market. While this disappointed many of the users who stream all their favourite tunes without having to posses an actual digital copy, Google was justified in kicking these pseudo-pirates out of the Market, right?