If you haven't heard about the infamous hack of Sony Pictures and the subsequent cancellation of its forthcoming comedy The Interview starring Seth Rogen and James Franco, then you might just live under a rock... or possibly in the Democratic People's Republic of North Korea. At the 11th hour Sony decided to release the movie to a small amount of independent theaters on Christmas day, despite threats of violence from hackers, and it's now available on Google Play Movies/YouTube.

Roku started making cheap, effective streaming set-top boxes long before Google TV, Chromecast, Fire TV, Android TV, and Amazon's "I can't believe it's not Chromecast." But before today, users who were smack dab in the middle of Google's universe found a notable hole in Roku's otherwise wide array of content partners: the Play Store's selection of movies and TV shows. In a surprising move on Google's part, a new Play Movies channel has been added to the Roku lineup.

This is a significant achievement for Play Movies, a brand that has only really been around since the Android Market turned into the Play Store not much more than a couple of years ago.

Say it with me now: piracy is bad. There are ways to get free copies of just about everything online, but even setting aside the legal and moral aspects of it, doing so can come with the risk of infecting your computer with something icky or falling victim to a phishing attempt. People who know their way around the woods will continue to be able to take advantage of things, but Google's working on reducing the likelihood that the average user will end up in a place they don't want to be.

The latest version of the Google Play Movies app has been rolling out to users over the course of the past week, and while we found in the code that the changes had something to do with placing pre-orders, we had to wait for Google to flip a switch somewhere for the functionality to get exposed. Now that Google has taken to its social network with the news, consider that switch flipped.

What can you do with Google Glass? If you already own a pair, you can run through a list of specific features and functions you've taken advantage of since getting the device. If you don't own a pair, then your answer is probably going to resemble something akin to Preview. This glassware is the kind all of us thought up back when Google Glass first appeared.

People with Preview installed can view movie trailers on Google Glass just by looking at a poster.

We usually point people to the Play Store for apps, but it's really a one-stop-shop for all the things, depending on where you live. Due to laws, licenses, and any number of variables, products aren't simply available to everyone at once, which makes it our job to inform you when things pop up in another area. As it turns out, Play Movies has launched in Austria.

Here's what an Android Police reader in Austria was pleasantly surprised by when they recently paid the Play Store a visit.

Play Movies have been available on Google Play for years now, but this is the case only in certain parts of the globe. People living elsewhere have to wait patiently for their countries to get added to the list. Ireland is the latest one to gain support, so its residents can now fire up the Play Store to download movies. TV shows, however, are not available. 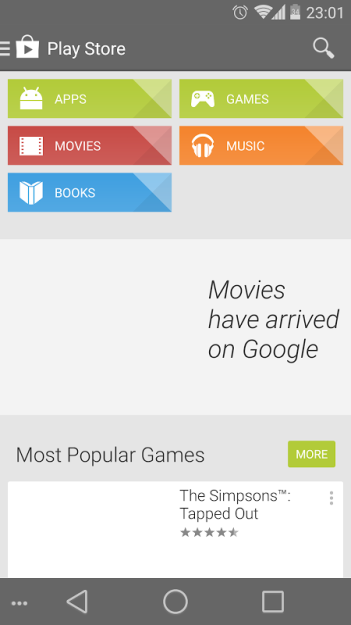 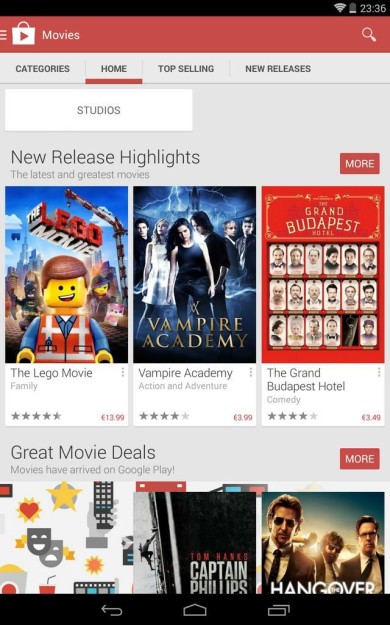 When it comes to Google Play content, movies have a relatively broad reach. They