The Motorola RAZR i launched in late 2012 with the original version of Jelly Bean installed Ice Cream Sandwich, so it should come as no surprise that owners have been nervously waiting to see if they would get an update to Android 4.4. While the answer has been up in the air until now, Motorola's now saying that the device will eventually get bumped up to KitKat. 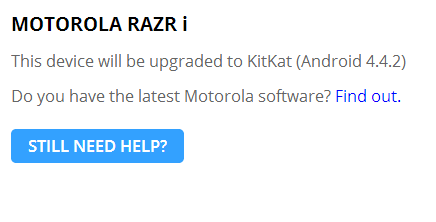