Like most Android OEMs, Motorola creates its own camera software to compliment its hardware. Camera performance is one of the main differentiators between devices these days, and that's why Moto decided to rebuild its camera app from the ground up with a focus on making it simpler for users to capture key moments on devices of all sizes. 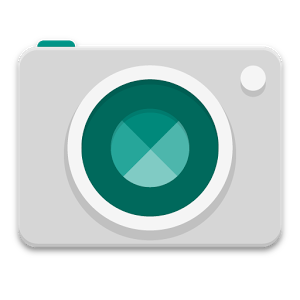 The Motorola Camera's new icon is still clearly inspired by Google Camera's, borrowing from its flatter design and multicolored lens. Though in this case, the lens is simply different shades of teal.

Motorola has a reputation of late for making relatively few changes to the stock Android experience, but taking photos is one of the areas where the company has applied some of its own tender loving care. The app, which can activate with just a flick of the wrist, encourages users to take pictures by touching anywhere on the screen. Now those who would prefer a more tactile approach have that option as well. With version 3.2, users can take pictures using a smartphone's volume keys instead.

Not only that, Motorola has also extended this functionality to headsets with volume controls.

Seemingly following in Google's footsteps, Motorola has released one of its phones' core applications on the Play Store today, in the form of Motorola Camera. Unlike Google's apps, though, it doesn't seem likely the Motorola Camera app will be making its way onto non-Moto devices - it's only compatible with the Moto X.

Likely, the app is simply a way for Motorola to quickly update the camera software on its smartphones without having to develop its own app updating system, similar to the practice it began by putting Touchless Control on the Play Store. You can probably expect the Moto Camera app to expand compatibility to the DROID line of phones at some point, but I wouldn't bet on it going much further than that.