There are a lot of people in the world who ride motorcycles, especially in more crowded areas where cars don't fit especially well. India is one of those places, and many users there are now noticing a 'motorcycle mode' showing up in their Maps alongside car, train, and walking options.

The latest update to Google Maps is rolling out on the beta channel now. This is the version that brings the just-announced restaurant wait times. That appears to be the only notable addition users will be able to see right away. A teardown also brings more meat to the upcoming motorcycle-specific enhancements.

Google Glass may be cool and all, but it just isn't fast enough. No, it's not too laggy, it's just intended for people who have both feet planted firmly on the ground. Okay, Google may have launched Glass with a skydiving demonstration, but that was about recording video. If you want something that is genuinely useful while moving at 80 mph, you'll need something a little more dedicated. Now that I have your attention, I present to you the LiveMap motorbike helmet with navigation currently attracting attention over at Indiegogo. 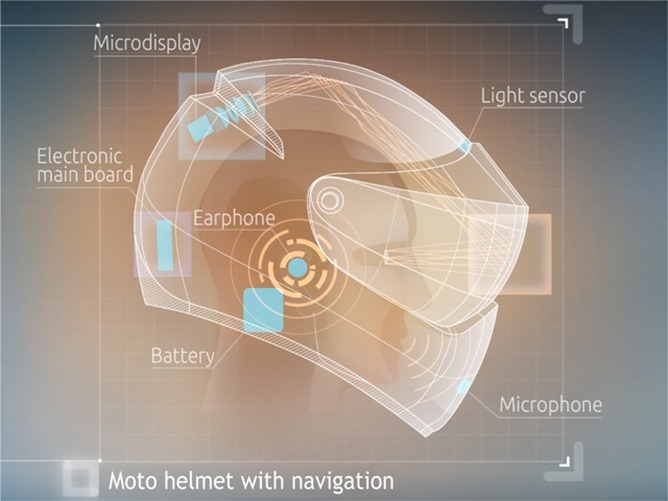 This helmet actually aims to scratch a particular itch.

Question: what do you do when you're a motorcycle company doing something completely different by releasing all-electric bikes with built-in Bluetooth? If you guessed publish an Android app that lets you control the motorcycle, view its stats, and a lot more, then you're probably part of the Zero Motorcycles team. Because that's exactly what they did.

If you haven't heard of Zero before, don't feel bad, because neither had I. Turns out it's a pretty innovative company releasing some sleek all-electric motorcycles. Each bike comes with a bunch of neat all-electric stuff, but most importantly to the mobile geek, it has built-in Bluetooth and a companion app that lets you do all sorts of awesome junk to (and with) your bike.