If you like buying your smartphones at Costco, have I got news for you. Sounds like the king of giant ketchup dispensers will be offering the Atrix 4G as part of its relationship with AT&T, and for the same $150 on-contract figure Amazon quoted (and then quickly unquoted) yesterday. 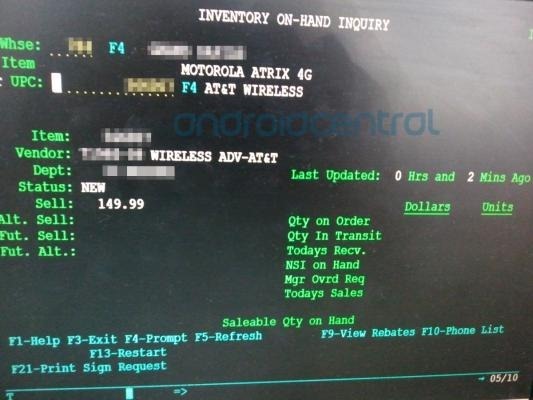 I know I'll be getting an Atrix 4G come launch day, but I think I'll take a pass on Costco as a vendor.

You could say Motorola's earnings call ended on a high note - the company's CEO, Sanjay Jha, told analysts that the Atrix 4G will be launching at the end of February, as will the 3G version of the XOOM. That doesn't quite line up with the rumors we've been hearing about a February 17th release, and Jha later added that the XOOM might even be bumped to a release in March if things don't go according to plan.

If you are in the market for an affordable Android phone, you'll be happy to hear that the new Motorola CLIQ 2 just became available on T-Mobile's site. The device costs just $99.99 on contract and has a $399.99 unsubsidized price tag. Unfortunately, the instant rebate is only going to cover $200, so the other $100 discount will be issued in the form of a prepaid rebate card.

The phone itself is nothing groundbreaking, but it should satisfy the needs of the typical user with its 1GHz processor and unique honeycomb-style keyboard.

Android Central has managed to get their hands on an internal AT&T database entry for the upcoming Motorola Atrix 4G - and it looks to be coming sooner rather than later. The image, shown below, indicates a possible launch date of March 1, which is quite a lot sooner than I think many people were expecting.

This is good news for AT&T customers (like myself), as the nation's number two carrier has until recent announcements at CES been the least Android-friendly provider in the US in terms of handset selection.

At Motorola's booth today, we got a chance to play with the Atrix 4G - a dual-core HSPA+ equipped slate handset, sporting a whopping 1GB of RAM and packing a couple of notable features. Along with the laptop dock demoed in the video below, the Atrix 4G also has a media dock (called "HD dock") which allows you to connect it to a larger screen (and use the same WebTop desktop-like interface) as well as plug in a keyboard and a mouse.

What a night!  Along with announcing the Motorola Xoom, Motorola's CEO also announced the CLIQ 2 and its crazy honeycomb-patterned sliding keyboard.

The handset will pack a 1GHz processor, 5MP camera, WiFi calling, mobile hotspot capabilities for up to 5 devices, and a 3.7-inch FWVGA (854x480) display. With dual-core phones coming out of the woodwork, it seems that 1GHz CPU's will quickly become the new mid-range favorite, which is pretty incredible considering everyone's favorite 1GHz packing 'Superphone', the Nexus One, was announced just one year ago today. 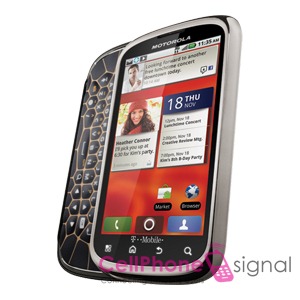 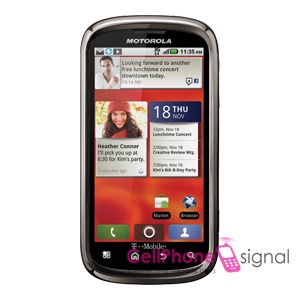 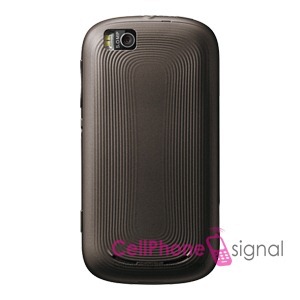 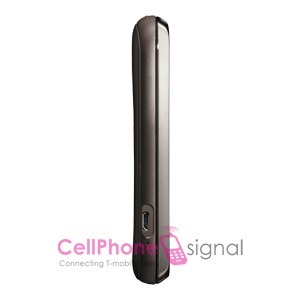 Cell Phone Signal was sent the above pictures of the Cliq 2, formerly known as the Begonia. As you can see, it features a relatively nondescript profile - not too bulky; not amazingly thin - as well as a honeycomb-like keyboard design.

And with that, we solidly conclude that Android truly has visited 99% of the mobile form factors out there. That's right, people, the Motorola Droid Pro has arrived in the Android Police offices, and after spending the last week or so with it, I can tell you - with a straight face, nonetheless - that RIM's got serious competition here. The handset isn't exactly all that and a piece of cake, but it's definitely up there, at least for enterprise customers.

This isn't the first time the Droid X has had its source code revealed to the world, but it's a first for the frozen yogurt kind (MotoBlur-ridden as it may be). That's right - despite some acknowledged issues with the update, Motorola has decided the pressure of the GPLv2 license was too much to bear and handed over the source code for the Droid X's FroYo update. Hackers, developers, and anyone else interested, tinker away!

We constantly hear about how smartphones are the evolutionary next-step in personal computing. Laptops sat atop this pedestal in the late 1990's, and tablets may soon come to share this title with their smartphone cousins.

But there's a glaring issue with smartphones: the players in the smartphone industry are to smartphones what Taco Bell is to choice of meat in your burrito. There's not a whole lot of wiggle room, and it's an increasingly take it or leave it sort of affair.