Black Friday is over, but there are still a ton of great deals waiting for bargain hunters on the web. Amazon has a particularly good sale for anyone who wants a great Motorola phone on the cheap. The international GSM version of the second-gen Moto G (that's the 2014 model) is now $99.99 on Amazon's US site, an impressive $80 off the retail price. It's an excellent deal for someone who needs a solid device without the high price (or, notably, the LTE radio) of more robust models.

Note that this is the global GSM model, not the US GSM version, so while it will work in most countries around the world, it will have poor reception on T-Mobile in the States. A nightly build of said ROM, to be exact. The CM team posted its first CyanogenMod 12 build (based on Android 5.0) for the phone last night, under the code name "titan."

If you've got a Moto X 2014 Pure Edition or a Moto G 2014, then you stopped reading this story at the headline and you're furiously tapping the "System updates" option in your Settings menu. For those of you who are still with us: those phones are getting an official over-the-air update to Android 5.0 today. Motorola announced the updates on its official blog. This comes shortly after soak tests (closed betas) for the update on both phones. 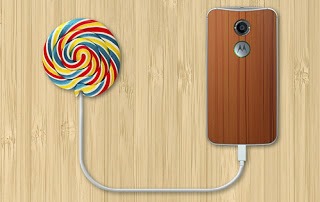 Specifically, the Moto X Pure Edition is getting the update - sorry, if you bought a carrier-customized version of the phone from AT&T or Verizon, you're going to be waiting for a while longer.

The 2014 releases of the Moto X and Moto G have been available for a few weeks, but for some reason Motorola has been a bit slow to release the usual mandatory kernel source code. Today you can find them both on Motorola's development GitHub, confirmed by a Motorola employee in the comment section of the wider MSM kernel. Get after it, ROM cookers. 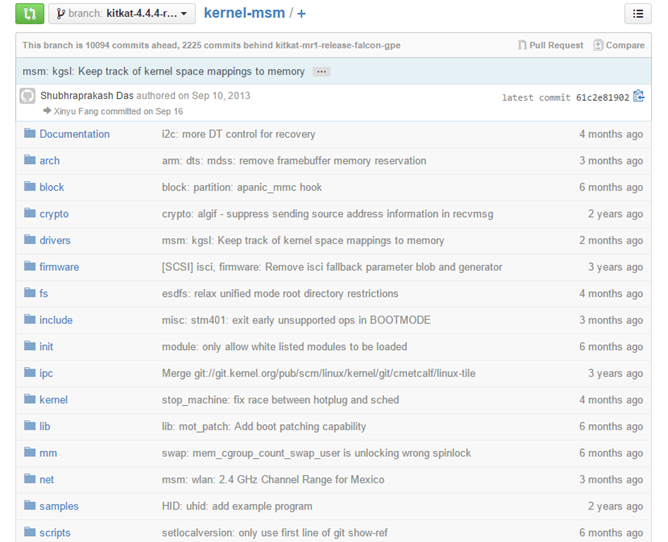 If you've never read one of these posts before, the kernel is the Linux-based baseline software that runs underneath Android and allows it to interact with phone or tablet hardware. The one that Android uses is based on open source software, so manufacturers are required to publish the source code publicly for others to inspect and, if they wish, modify.

Like a lot of manufacturers that hope to sell phones in developing territories, Motorola adds FM radio functionality to its budget models, currently including the Moto E and the first and second generation of the Moto G. And as is the vogue for manufacturer customizations, the developers at the company have published their custom apps on the Play Store for easier updating. Today the built-in version of the FM radio app gets an update adding some much-needed features. 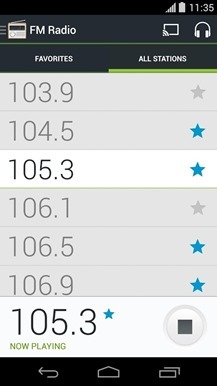 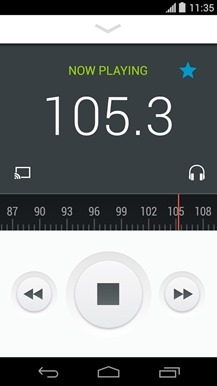 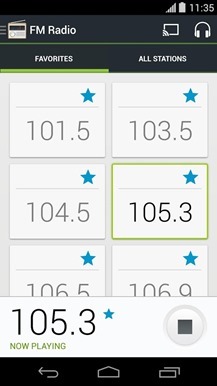 First of all, users can now listen to FM radio audio via Bluetooth, including headphones, car head units, portable speakers, and anything else that uses the A2DP stereo.

The hits just keep on coming. A video for Motorola's second-generation Moto G has been posted before the expected reveal later this evening/morning. According to the video, the phone will use a larger, 5-inch HD (read: 1280x720) screen, and the unidentified processor is a quad-core model. Motorola also highlighted the fact that the Moto G will get "pure Android with [a] guaranteed upgrade."

The Motorola homepage was also briefly updated with a few hints of the Moto G, among other devices. It's easy to see the new dual speakers borrowed from the budget Moto E, and the promotional text says that the new model will be under $200 even without a contract.