The same configuration costs about $220 elsewhere, in both the smaller (18mm) and larger (23mm) band options, both of which are available on Woot.

The first gen Android Wear devices are getting a little long in the tooth, but in the electronics world, with age comes a dramatic drop in price. The smartwatch I have worn daily for the past 9 months is the Sony Smartwatch 3, and I have to say, I don't really feel any need to replace it.

The watch has great battery life, WiFi, GPS, and while the transflective display isn't the prettiest, it sure is functional for outdoor use. The water resistance and silicone band keep me from worrying about damaging it while working in the hospital and MicroUSB charging makes it the easiest Android Wear device to top off when out of the house. The first few Android Wear watches from mid-2014 were watches in name only. They were really more like tiny screens strapped to your wrist that told the time. The design of Android Wear devices has evolved significantly since then, and now there are some that look like honest-to-goodness watches. The second gen Moto 360 and Huawei Watch are the most watch-like so far, but they aren't cheap. Let's see how they compare so you can (maybe) pick up the right one for you. 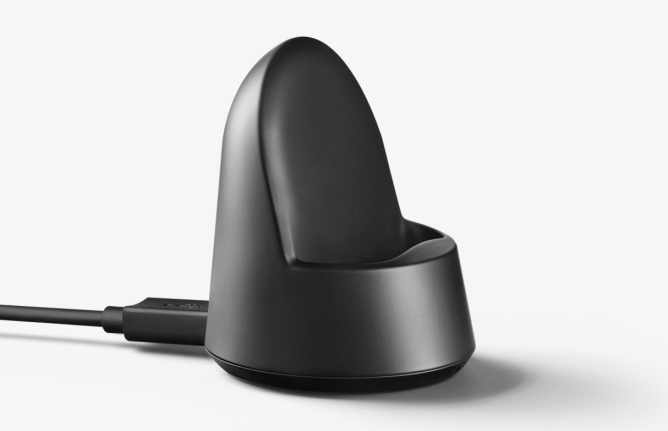 I mean, look at that thing, it's adorable. Motorola kicked off the age of Android Wear when it announced the original 360 more than six months before it was finally released. It was a beautiful piece of hardware, but was saddled with an ancient TI OMAP ARM chip and recessed lugs that led to cracked back panels. The second generation device addresses many of the shortcomings of that wearable, but some of them are still staring you in the face. Still, it might be the watch you've been waiting for. The Motorola Connect app isn't required to use a Moto 360, but it's what you need to install in order to tweak some of the device's default watch faces.

The latest update adds four more to the list, along with the ability to change the color of the smartwatch's charging screen from the default blue. There are five to choose from altogether: blue, red, green, purple, and yellow. Moto 360 owners have been enjoying a Moto Body application on their watch since the Motorola Connect update in November 2014. The app, however, was limited to the confines of the small screen on their wrist, providing daily steps, calories, and activity data, but with no weekly or monthly stats. That changes today with the dedicated Moto Body application that has hit the Play Store.

The app isn't a Motorola exclusive — it is compatible with various brands of Android devices, as long as the phone runs Android 4.3 and up. But it will only install the Wear component on a Moto 360, so you won't be able to use it on other smartwatches. Motorola hasn't done a particularly good job of keeping its new Android Wear devices a secret, but today they've made them official. There are now four models to choose from: what you might call the "classic" version, 46mm wide, a new 42mm smaller version that comes in men's and women's variants, and the "sport" model with a silicone band and built-in GPS. All of them ditch Motorola's questionable choice of a Texas Instruments chipset in favor of the Snapdragon 400, which has become the de facto standard for Android Wear watches. Aside from the new size and the sport model, the changes are few, at least on the outside.

This more casual smartwatch is the Moto 360 Sport, according to @upleaks. It looks not too dissimilar to the Sony Smartwatch 3.