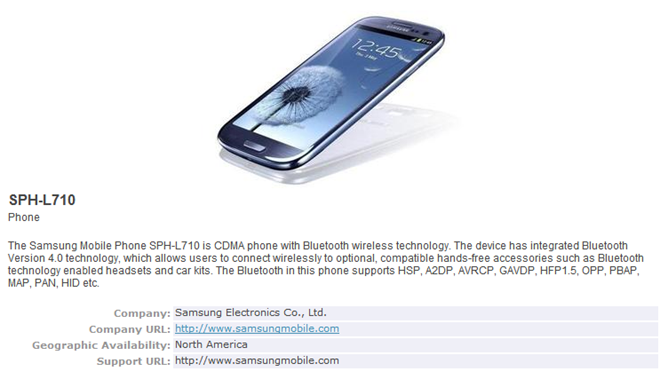 The model number is only one character off from the Sprint-branded SGSII (SPHD710), so we're pretty confident this implies that the Galaxy S III will be heading to Sprint, which is the last of the four major US carriers to receive confirmation.