The Mobile World Congress is right around the corner (David an I are packing our bags as we speak), and HTC decided to tease us ahead of time with a picture of a phone outline and a number 5. They didn't have to spend much on making that one - this is literally the simplest and least interesting teaser I've seen in a while (did you get a bunch of new interns recently?): 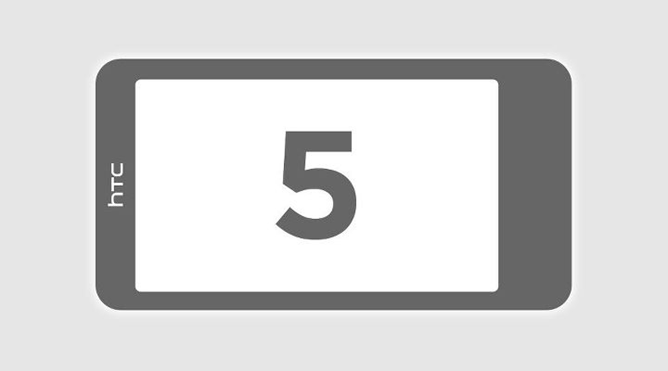 Since HTC doesn't want to make it fun, we decided to give it a go ourselves:

After indicating it would not announce the Galaxy S III at MWC last week, Samsung has now all but confirmed to PCMag it won't be showing off anything particularly exciting in Barcelona this month - because they won't be holding any sort of press conference during the event. Yikes.

After the S III unveil rumor was shot down, we had been guessing that Samsung would be using this opportunity to announce some sort of successor to the Galaxy Tab 10.1, but that now seems exceptionally unlikely, as well.

Multiple sources - including The Verge and BestBoyZ - are reporting that Samsung will not be announcing the Galaxy S III at this year's Mobile World Congress. This goes against what many have speculated, as its predecessor, the Galaxy S II, was announced at last year's MWC.

Apparently, Samsung is planning to announce the device at a special event some time "before summer," in order to avoid the long delay between releases internationally and in the US.

MWC has officially started, and one of the first press conferences of this massive mobile event is from Samsung, still going on live as I'm writing this. Samsung's first announcement: Galaxy S II, which was fully expected to be revealed based on various leaks and Samsung's own preview ads throughout the past few weeks.

Update: Unconfirmed word on the street is that the S 2 will be carried by only T-Mo and AT&T.

Update:LG has confirmed via its MWC Twitter account that the Optimus 3D will indeed be shown at the Mobile World Congress. They also confirmed the glasses-free 3D display, 3D video capability, and HDMI.

LG's "Into the New Dimension" event is scheduled for February 14, but Phandroid has gotten a hold of an image that is purported to be the LG Optimus 3D. Although a 3D display can't be confirmed by the picture, we can determine that this device is not the LG Optimus 2X or LG Optimus Black.