Ever since I tried the Misfit Flash a few months ago, I keep recommending it and its more expensive brother, Shine, to people around me as the best "good enough" activity tracker and platform. The long battery life, the seamless sleep and activity logging, the simple app, and the waterproofing up to 50m, all make it a great solution for those who want to start tracking their health but don't want something that is too involved, too complicated, or too demanding.

Now the company is ready to introduce Shine 2, its second generation tracker which solves a few of the issues of the first one.

Are you cool enough to strap two wearables to your arms at once? The makers of the Misfit Shine fitness tracker think that you are. The company's new app for the Pebble family of smartwatches allows both devices to stay in sync, but it needs a smartphone in the middle (Android or iPhone) and apps for both the Misfit and the Pebble on the phone, too. What an age we live in.

The Misfit Shine is an activity tracker for people who are tired of bracelets. Sure, this nifty guy comes with a sports band, but it's easy to pop out and hang from a necklace strap, belt clip, or whatever your tracker-holding-method-of-choice happens to be. Now you can get one on Touch of Modern for just $70. 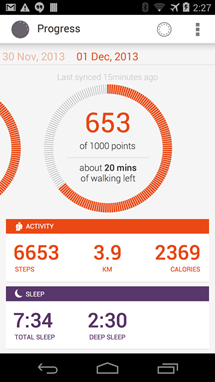 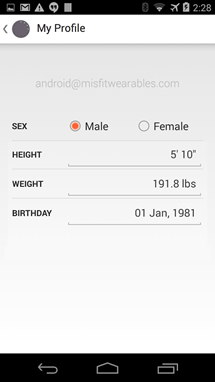 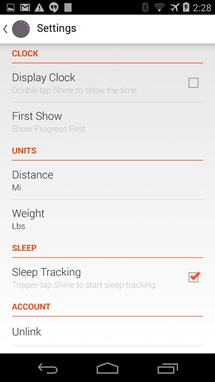 The company had promised to release the app in early 2014, but they decided to roll this release out just a bit early. The software doesn't yet have feature parity with the iOS version, but users can still sync with their Shine, set personal goals, and view visual summaries of their progress.