A number of Moto 360 owners have received a system update that doesn't seem to do anything and leaves the version number the same.

Though it's been little more than a week since the Galaxy S4 hit T-Mobile airwaves, the carrier's showing the newest member of its smartphone family some love with an incremental update. Rolling out OTA and via Samsung's Kies software, the focus of the patch (version M919UVUAMDB) seems to be on T-Mobile's pre-installed applications, rather than the system software as a whole. 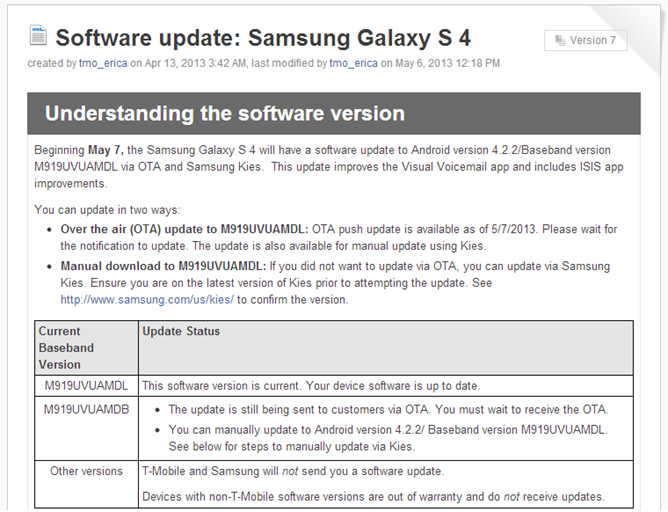 The Visual Voicemail and ISIS apps are set to receive "improvements," whatever that means.

The phone with the name everyone loves to hate – Sprint's Samsung Galaxy SII Epic 4G Touch – began receiving a minor (and I mean minor) software update over the air today.

Just how enhanced users should expect their battery life to be is unclear as yet, but being able to squeeze just a bit more life out of your handset is never a bad thing.

Sprint customers using Samsung's Galaxy Nexus or Galaxy SIII should expect an OTA update to roll in any time now, bringing some enhancements and fixes that – while not entirely exciting – are worth picking up.

The Galaxy SIII update brings the device's software up to L710VPLG8, and includes a handful of improvements, including enhancements to Samsung's Smart Stay feature, voice recognition, and the addition of All-Share Cast support.

Last night, Verizon updated their Droid 2 support page to announce a new update (v4.5.621) is coming soon rolling out now. While it doesn't bring anything major (*cough* Android updates *cough*), it does bring a few significant bug fixes and improvements: 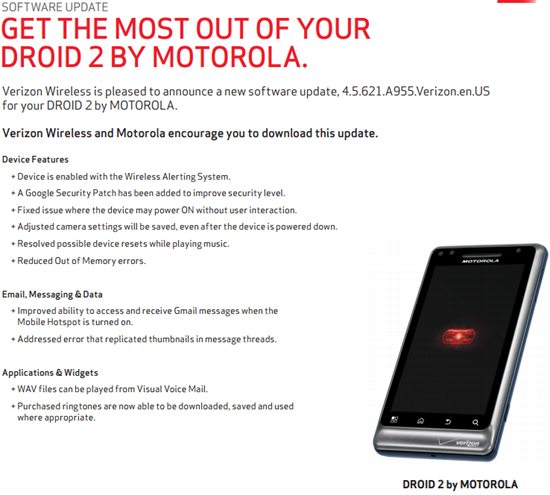 Or, in non-image form:

Device Features
+ Device is enabled with the Wireless Alerting System.
+ A Google Security Patch has been added to improve security level.