Most of you probably aren't aware of this, but only developers in select countries can sell apps and in-app purchases on the Play Store. Support is slowly spreading, with Tunisia and Zimbabwe having been the most recent additions in April, but the list has just grown by another six countries.

There are many countries around the world where you can register for a Google Play developer account but not a merchant account, meaning you can create as many apps as you want and distribute them, as long as you want them to be free. Four of these countries are getting proper merchant account registration support: Cambodia, Kenya, Uzbekistan, and Zambia. In an interesting bit of news this evening, it looks like Google has opened up merchant support to China, allowing developers to distribute free or paid apps, in-app purchases, and subscriptions in over 130 countries.

The news comes in a post to Google's official Android Developers blog, which goes on to explain that Chinese developers distributing paid apps through the Play Store will receive payment via wire transfer to a Chinese bank account in USD.

Google encourages interested Chinese developers to register on the Play Store and set up their Wallet merchant accounts to get started.

This isn't quite the news some may have hoped for, though - the opening of merchant support to China does not mean that Chinese users have access to paid apps on the Play Store.

Most of us approach Amazon as consumers. Whether it's a physical product or some digital goodie, we want to buy everything we can get our hands on. The site loves this about us, so it's made itself so compelling to use that the thought of shopping elsewhere is often proceeded by "Meh, I'll check Amazon first." The thing is, Amazon's selection wouldn't be nearly as comprehensive without the many merchants who also use the site to sell their wares. For them, a new Amazon Seller app is available in the Play Store.

The usefulness of this app is pretty self-explanatory. Sellers can use it to see a shrunken down version of the information they would normally sign in on their PCs to take in.

For the uninitiated, 2Checkout is a web-based storefront service that allows users to both create an online checkout system for their products as well as handle merchant services like credit card payments. If you've ever tried to set up your own shop, you know how difficult it can be to get all the moving parts together. Now, 2Checkout is making it even easier with the release of its mobile app that will allow sellers to track sales, issue refunds, and even contact customers. 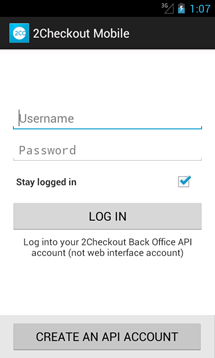 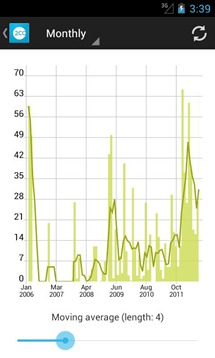 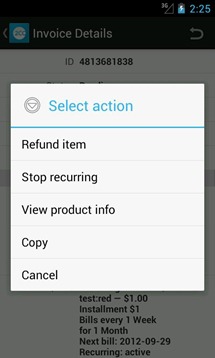 If you're already a 2Checkout user, the company notes that your existing logins via the Back Office API won't work.