One week ago, details about widespread vulnerabilities in modern processors became public. One variant, named 'Meltdown,' affected every modern Intel chip. Two other variants, collectively known as 'Spectre,' are known to affect chips from Intel, AMD, and ARM (at the very least). Most Google products are already protected against these threats, but now the company has made it easier to tell which Chromebooks are patched.

A report from The Register yesterday claimed that Windows and Linux developers were scrambling to fix a "fundamental design flaw in Intel's processor chips." The flaw theoretically allows any program to view the layout or contents of protected kernel memory areas, which often contain passwords, login keys, cached files, and other sensitive data. Even a web app could potentially read kernel-protected data.

Bulkypix's last game was a first-person shooter featuring zombies running amok on a spaceship. It wasn't the most original premise out there, but at least it was somewhat of a visual treat. Yet if that offering was just too mindless for your tastes, the team is at it again with Meltdown, a top-down shooter with a tad more creativity, much more charm, and even a semblance of depth. 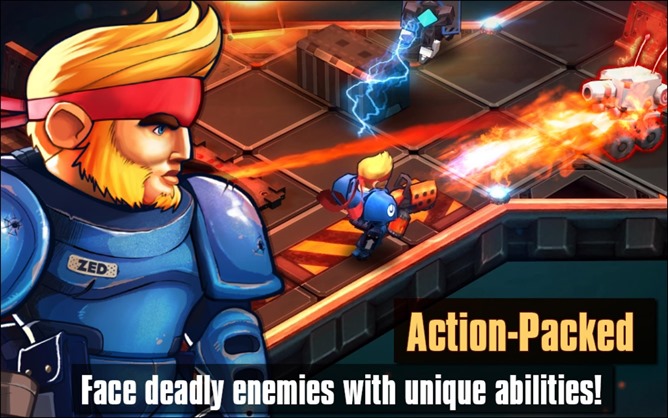 In Meltdown, players assume the role of a red headband-wearing blondie clad in bulky blue armor. This does little to dispel the initial first impression that the game will contain little more than top-down, gun-toting, robot-slaying goodness, but your very first steps will reveal otherwise.