Google services may take a while to make the long trek north from Seattle to Vancouver, Detroit to Toronto, or from Portland to Montreal—but Canadians still get to enjoy Google hardware such as the Chromecast. Television network CTV has added support for the spiffy little dongle inside the latest version of its Android app (though this, too, kind of took a while). 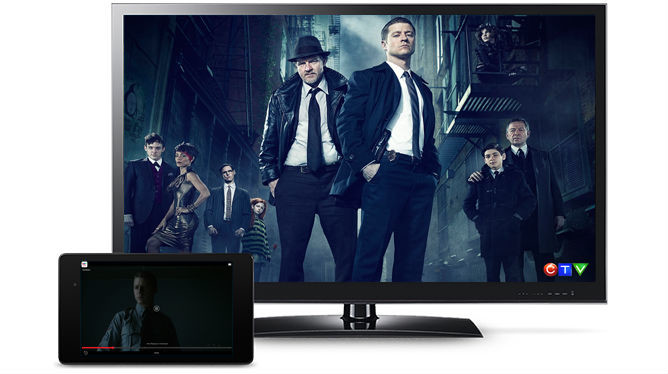 Chromecast support is the most exciting item on the changelog, but this release also tweaks the interface.

Those of you with an Amazon Prime account also have a stockpile of music open to you through the company's half-a-year-old streaming service, and with version 4.3 of the Android app, the retailer is making those tracks easier to access.

Instead of browsing through the company's virtual store shelves and adding albums to your library as though you were buying them, you can just browse through a separate Prime Music section. When you click on a song there, it simply starts playing.

Netflix has released its fourth-quarter 2014 financial results along with a letter to shareholders, posting both to its website. These documents show plans to increase its amount of original content, rapidly expand internationally, continue its DVD-by-mail service, and more.

First, some numbers. Netflix picked up 13 million new members in 2014, an increase from 11 million the year before. The video on demand provider now boasts 57.4 million subscribers, and it expects to end the first quarter of the new year with 61.4 million.

PlayLater lets you record online video on a PC and save it for later use. PlayOn takes that content and makes it viewable on your TV or mobile device. The latter can help you find shows available online and, as long as you have the requisite subscriptions (to Netflix, Amazon Prime, etc.), get you up and running.

Altogether, these are good tools for cord cutters to add to their digital utility belts.

When Comedy Central launched an official Android app a couple of months ago, people called for Chromecast support. Today, it's here, and it's not alone. TuneIn Radio has been around long before Google's little dongle, but its support is only now trickling in. These apps are just two in a wave of apps that have just learned how to play nicely with Chromecast. 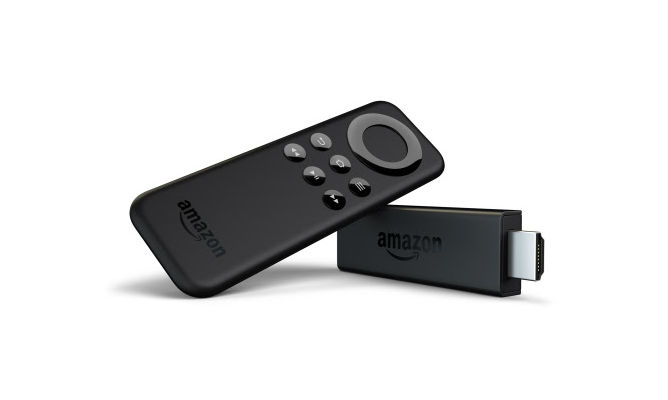 Like the Fire TV before it, Amazon wants us to know that the Fire TV Stick is more powerful than the competition.

The cool kids like the quality of their music turned up all the way to 320 kbps (the coolest ones prefer lossless), but that's a luxury that often goes away with streaming music over the Internet. Rdio says it's had enough with that lower quality crap (I can't really tell the difference, but the cool kids tell me that stuff's awful), so it is bringing in the ability to stream and download songs at 320 kbps over both Wi-Fi and a cellular connection.

TiVo customers are accustomed to convenience. That's the fundamental premise behind recording TV shows for later, after all. Sure, it sucks to miss a show because it came on during a time when you were busy, but that's more of an annoyance than a problem. The latest version of the Android app addresses a similar annoyance--being restricted to whichever room the big screen is in. After quite a wait, customers are now free to stream TiVo content and live TV directly to their mobile devices. 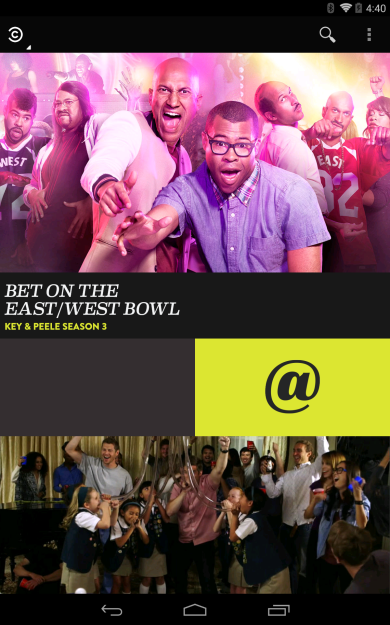 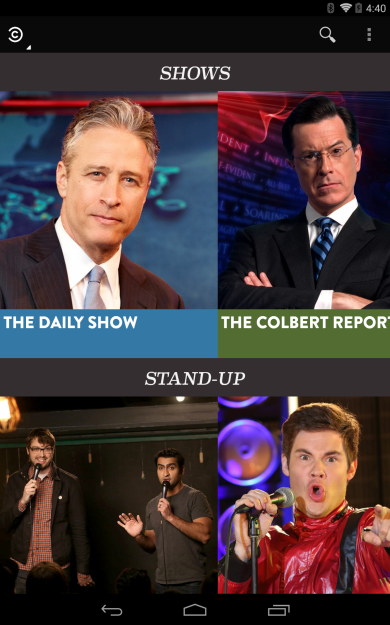 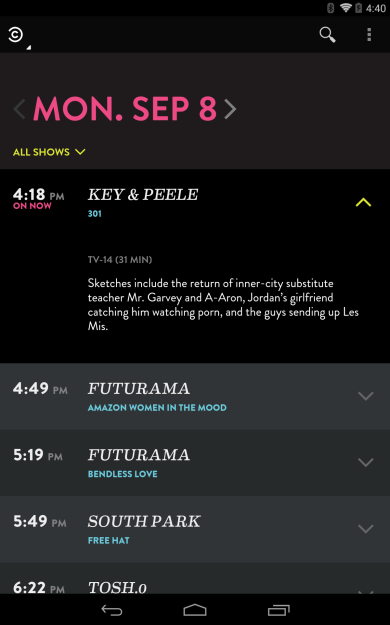 A TV subscription is required for most of the content, though the Play Store page says a login isn't required to view the latest episodes.