During a live-streamed event in London today, Huawei announced its new flagship series of Mate 20 phones. While we were fully expecting the Mate 20 and Mate 20 Pro, the company surprised us somewhat with a "one more thing" type announcement: the Mate 20 X.

At first glance, it looks much like the regular Mate 20, with a waterdrop notch and minimal chin. Then you find out the size of the OLED FHD+ (2244 x 1080) display — an absolutely massive 7.2 inches diagonally. It's basically a Nexus 7 with no bezels.

Three short days ago, we heard that Verizon could be launching the behemoth LG Intuition - America's version of the Optimus Vu - beginning on September 6th. Looks like that leaks was pretty much dead-on, as Big Red just officially took what wraps were left off of this oversized monstrosity. 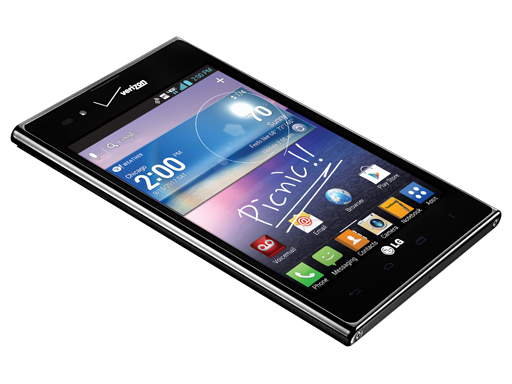 Trying to take a page from the Samsung Galaxy Note, the device will also ship with a "pen" of sorts, called the Rubberdium pen, which is basically just a standard stylus and doesn't feature any sort of enhanced functionality like Samsung's S Pen.

HyperDevBox, the publisher of Spectral Souls, which previously wowed us with both the price sticker ($15) and the size of its creation (1GB) topped its own record today with the release of a new game. Generation Of Chaos, which the company dubbed the first massive strategy RPG for Android, nearly doubles the space requirements - you will need over 1.8GB to complete the installation process. That "massive" part gained a whole second meaning there, didn't it?

Promising 100 hours of gameplay, the game invites you to build out and rule your own kingdom, fighting 30v30 real-time battles using over 150 characters in 10 different campaigns.

When a quality game hits the Android Market, we can't stay quiet. When a game that comes with over 1GB of data hits the Market, we absolutely have to give it a mention, especially when it is exclusive to Android and is a high quality English version of a Japanese Tactical RPG.

This 1GB monster brings you soundtracks (52 of them), high resolution graphics, cut-scene videos, 84 different characters, and 100s of hours of gameplay. What kind of gameplay? It's best to take a look at the demo video and screenshots, then cough up $14.40 for the game, and give it a go for yourself.