Google introduced a native screenshot editing interface back in Android 9. Dubbed Markup, it provided a quick and easy way to edit screenshots prior to sharing or saving. And while it worked just fine, there was one tiny oversight: you couldn't delete a screenshot from the Markup editor itself. With the upcoming release of Android 11, it looks like Google is adding that delete option.

After killing off a few earlier attempts at conquering the chat app market, Google has decided to develop Messages at full steam. Thanks to the rich communication services (RCS) rolling out in more and more countries, the SMS app is gearing up to become a possible WhatsApp or Facebook Messenger replacement for many people. With that in mind, a simple image markup editor shouldn't be missing from the service, and Google seems to think the same.

As part of the Google I/O brouhaha, Google is announcing a handful of changes related to Search and the Assistant, all of which should help you get to the information you need faster — albeit in slightly different ways. First, Search will soon support a so-called "HowTo" markup schema for web developers and video makers, which will allow for their content to appear as results in related how-to queries. Second, Google is expanding App Actions to more deeply integrate a few new types of services including health, finance, and ride-sharing into the Assistant. Android P's Developer Preview 1 introduced one feature that we'd all wanted for a long time: screenshot editing. It started when you took a screenshot by offering an Edit button, then by picking the new Markup app, it let you edit the image easily: crop it, annotate it, highlight parts of it, then save it to share. With P DP2, the functionality is improving on all fronts. Skitch, a popular annotation and sharing app, received an update to version 2.0 today with a redesigned interface, a handful of useful markup tools, and improved Evernote integration.

For those unaware, Skitch is an app that allows users to "communicate visually with friends, co-workers, or anyone." Essentially, it can draw in resources like notes, photos, screenshots, or maps, and then add markup to convey ideas or highlight important aspects of the document for later reference or sharing. The app was acquired by Evernote late last year, and today's 2.0 update gives Skitch the "full Evernote treatment."

This not only means a new interface, but full Evernote sync with improved integration (when Evernote is installed), the ability to view and edit Skitch notes made using the app on other platforms, and last but not least, a couple of new editing tools including a pixelator and highlighter.

Looking to expedite (and ease) the process of reviewing designs, Autodesk has released another handy app for Android – Design Review Mobile. The app allows users to open 2D and 3D DWF (Design Web Format) files from their Android-powered phone or tablet for quick review and red-lining on the go.

Design Review Mobile gives the user plenty of options, from viewing meta data, to creating easy markup or callout notes, to pushing and pulling files to and from the Autodesk Cloud. 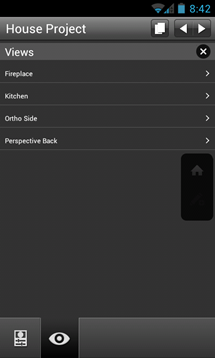 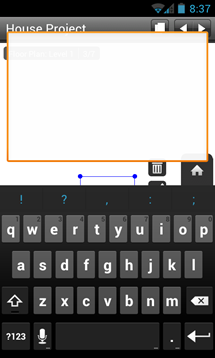 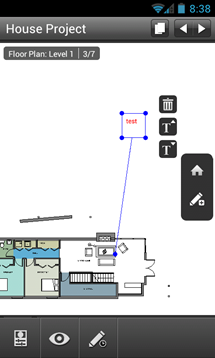