The Wall Street Journal has just released a new Android app called WSJ AR. It is an augmented reality app that allows you to navigate a visualization of the US stock market via your Tango phone. In addition to overall market representations, you can zoom in to look at individual stock details, view headlines related to the selected stock, and save your favorites. 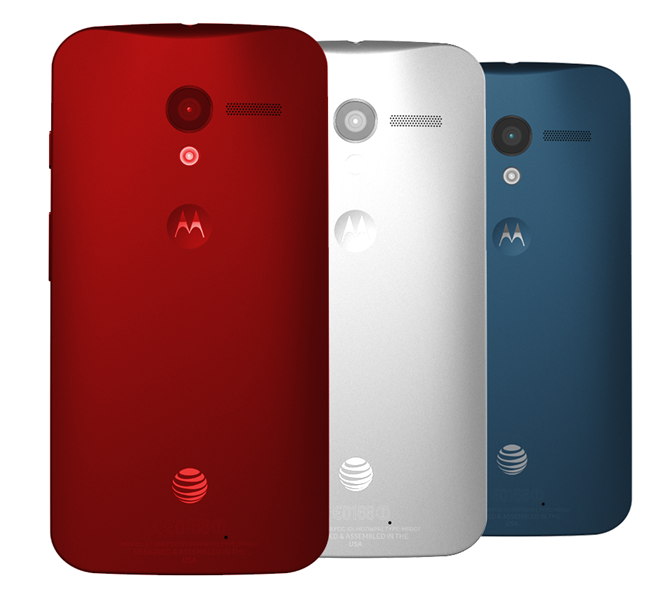 That isn't to say that the company is not concerned with the worldwide marketplace. According to a Cnet interview with Motorola's CEO Dennis Woodside, at least one model will be created with a lower price (and probably a wider distribution) in mind.

AT&T took the lid off a truckload of new LTE markets today. The list encompasses the four corners of the the United States including New York (Binghamton), Washington (Mount Vernon), Florida (Palm Coast, Lakeland-Winter Haven and a bunch of others) and California (Fresno), as well as a bunch of markets in between. Here's the full list:

All of the new markets should be live today, and may include several smaller surrounding areas so check out the gigantic list of press releases here if you want a bit more information about where you live.

Just one week after bringing Play Music to France, Germany, Italy, Spain, and the UK, Google has reached a major licensing deal with Armonia, a music licensing initiative that represents an alliance of publishers from across Europe. The deal will give Play customers access to Armonia's 5.5 million musical works licensed across over 30 countries.

While Sprint is more than a little late to the LTE party and still a bit slow on the pick-up, it's always good to see a fresh batch of areas getting access to the burgeoning network.

To that end, things aren't looking great for Sprint's new 4G network – at launch, it is promising just 6-8 Megabits per second download speed (burstable to 25Mbps) and 2-3 Megabits per second upload. While these speeds are certainly faster than the Now Network's 3G alternative, they aren't exactly what consumers may have expected from a new LTE network.

Say what you will about Verizon's data plan costs (and we all will), but at least the company works for that money. The LTE rollout continues as Verizon announces expansions to what professionals are calling "a whole lot" of California markets, as well as Reno, Nevada. Most have already had LTE, but if you've ever yelled in frustration when you lose that precious LTE signal while driving down Highway 99 in Fresno, your commute is about to get easier.

The list of markets that are getting expanded coverage areas include:

Sprint's list of 2012 LTE rollout markets (confirmed or otherwise) seems to be growing by the minute. Last week, it was revealed that construction was beginning in the San Francisco Bay Area, headed for official activation by the end of 2012. Today, S4GRU revealed that NYC may also be on the list of 2012 markets, explaining that Sprint is not likely to announce second or third-round markets because there is no way to accurately determine when activations will occur.

Currently, Sprint's NYC market spans all the city's boroughs, plus Westchester, and the Hudson Valley, extending up to Saugerties. S4GRU explains that Long Island and southern Connecticut are in separate markets, set to deploy later.

If you've been waiting for Big Red to show spread the LTE love in your area, your time may come tomorrow. VZW announced fourteen new LTE markets last month, along with plans for expansion in four existing markets, and it's all set to flip the switch tomorrow, November 17th.  Here's the list one more time:

So, what's the verdict?