When I wrote my initial impressions of the MOJO, I had only been using the unit for about a day or so (hence the impressions being "initial"). Now that I've had it for about three weeks, I've spent a lot of time doing various things with it – playing games, watching movies, streaming videos and NBA basketball; basically, a lot of the stuff I would normally used SHIELD for. This has given me a good idea of where MOJO's strong points are, where it falls short, and how it stacks up against SHIELD and OUYA.

So, Android-powered game consoles are a thing. Whether anyone likes it or not, this is a direction that some companies are going, trying to reshape how we think of traditional gaming. It kind of started with the OUYA, a $99 Android console that takes a unique approach to the gaming console, as well as Android itself. It doesn't have the Play Store, but instead OUYA's curated game store where all games are free to try. 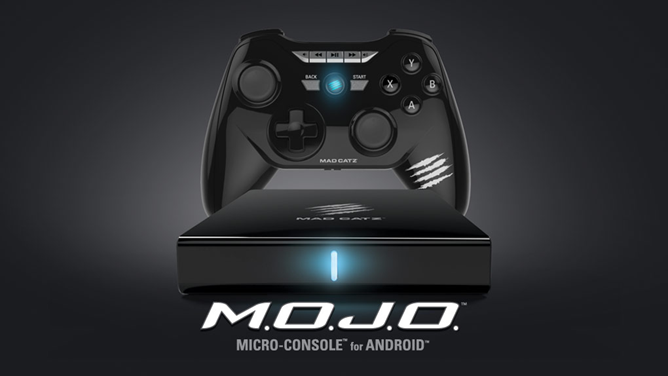 Today, the company has announced that M.O.J.O will be available "in limited quantities" beginning December 10th, with an MSRP of $250 – a price that sits comfortably in between OUYA and NVIDIA's SHEILD.