Chinese manufacturer Meizu revealed the latest entry into its M-Series of smartphones, the M5 Note. Not to be confused with BMW's line of cars, this smartphone family usually sits in the lower end of the "mid-range" category. The M5 Note is no exception, packing decent specifications into an affordable price point.

It's that time again! Earlier this morning, the latest M-Series releases from CyanogenMod began rolling out. At the time of this post, no official list has been posted of devices that will receive the M3 blessing, but new builds will be rolling out as they are ready. This will be the first M release pre-loaded with Koush's Superuser app.

Update: We're hearing reports of the SIII builds causing some issues (bootlooping, etc.), so if you plan on flashing it, tread carefully.

If you already have an older version of CM running on your device, go to Settings -> About phone -> CyanogenMod updates -> Check for Updates.

That's not the only news for CyanogenMod today - the M2 release is also upon us. Starting with CM 10, the team decided to release a build every month with a focus on stability.

Part of the fun of custom ROMs is seeing how devoted developers improve upon the stock Android experience. Yesterday, we saw a fantastic example in the graphing calculator that's been released to the Play Store and will soon be integrated into CM10. Now, the team is bringing a new improvement to the stock clock app: stopwatch and timer features. 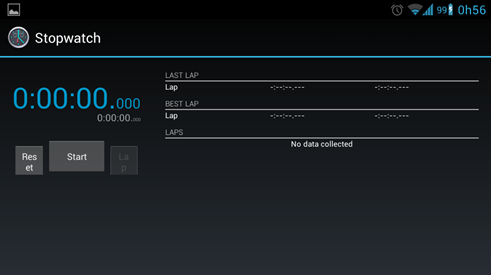 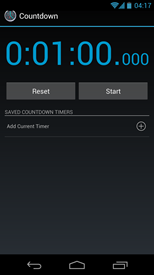 Screenshots taken during development. Actual features may appear different (in fact, almost certainly in the case of the left shot).

The stopwatch and timer features have already been merged. They may not be rolled out to the nightlies just yet, as we tried out the most recent build and were unable to find them.

Tonight, when everyone else is sleeping, the folks over at CyanogenMod are hard at work, as always. The team just announced a brand new addition to the slew of CM releases: M-Series. From now on (provided the community approves), the team will begin rolling out builds that are "a bit more stable" at the beginning of every month. Prior to this initial release of CM10-M1, the group did a "soft freeze of the codebase" in an attempt to stabilize the builds, so these should be more reliable than your average release.

Here's the list of devices that builds are currently available for:

As always, nightlies will continue to be available, but for the slightly less adventurous among you, this effort should provide a healthy middle ground between bleeding edge, and waiting on stable RCs for your device.