The tablet flood continues, the latest from Sammy is the Galaxy Tab 7.7 for Verizon. This little guy hopes to stand out from the crowd with the largest OLED display Samsung has ever put on a tablet: a 7.7 inch, Super AMOLED Plus Display.

The "Plus" on the end of "Super AMOLED Plus" means "not pentile," so you're even getting the full compliment of subpixels. It looks like this: 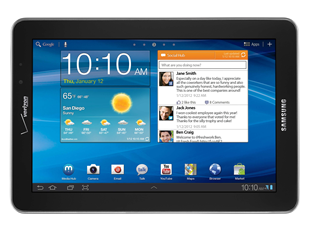 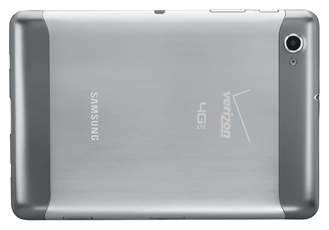 Now for the bad news, it's only Android 3.2, and it's got Touchwiz, and lots of crapware.

As we already know, Sprint is going to roll out its next generation 4G LTE network in four U.S. cities somewhere around mid-2012, and it would only make sense that they already have some of the towers undergoing testing. The first of such alleged tests surfaced online today:

While I can't promise you it's 100% legitimate, here's my analysis:

Update: Anymode, after what we assume was a good-natured cease and desist letter from AT&T, has denied any of the information in its CES Media Alert (pictured below) is true. If we're being frank, they're 100% completely full of beans. Someone made available information they weren't supposed to, and someone got upset. Too bad official photos of the AT&T Galaxy Note were leaked this morning.

The stylus-toting Samsung Galaxy Note (or as I call it, the Samsung Galaxy S II: Andre The Giant Edition) has been quite successful overseas, and US consumers have been clamoring for a chance to get their hands (both of them, mind you) on the mega-sized 5.3" handset.

Update: Dow Jones Newswires apparently left out a key piece of information from Hesse's statement on throttling, in an example of truly stellar journalism and attention to detail (unfortunately, we have no audio or video record to verify Hesse's statements). Hesse was discussing throttling of those who are on networks that Sprint has roaming agreements with (which, admittedly, Sprint has a lot of - including with Verizon). While this still makes Sprint's ads technically misleading, the throttling really only applies to those who live in areas where Sprint's data network relies chiefly on roaming - not to those using primarily Sprint towers.

Update: The ad has been removed from CNET, but we've retained a couple images, below. Sounds like someone finally figured out the rather embarrassingly bad mistake they just made.

Well, it looks like someone doing ad-serving for CNET pulled the trigger a little early. If you head over to this CNET page (it may be taken down soon, in fact, it almost certainly will) you'll see an ad for the Sprint Galaxy Nexus, the first 4G LTE phone to hit Sprint's upcoming LTE network.

Who else wants a piece of the LTE pie? The Now Network does! Sprint CEO Dan Hesse just announced the markets that will kick off the company's LTE rollout, and, interestingly enough, they chose four of the same cities as AT&T did for its LTE-startup (cue conspiracy theories in 3... 2... 1...) - Dallas, Houston, and San Antonio, TX; along with Atlanta, GA.

Some users are speculating that this move is so Sprint can directly compete with AT&T, while others are suggesting that it's more technical than that and is actually about tower placements, locations, policies, etc.

AT&T started rolling out its 4G LTE network in September of 2011, and it has slowly been lighting up more and more cities across the nation since then. Eleven new markets are seeing the LTE treatment from Ma Bell this morning, including a couple of cities that started to see some LTE action early last month: New York City Metro areas, Austin, TX; Chapel Hill and Charlotte, NC; Los Angeles, Oakland, San Francisco, San Diego, and San Jose, CA; Orlando, FL; and Phoenix, AZ, bringing the total number of cities under AT&T's LTE umbrella up to 26.

The carrier-connected Honeycomb tablet arena hasn't been very successful up to this point, mostly due to the outrageous prices that the units have been showing up with -- we've yet to see one for less than $400. Enter the Pantech Element, a "waterproof" tablet that looks to change the game with its sub-$300 price tag. 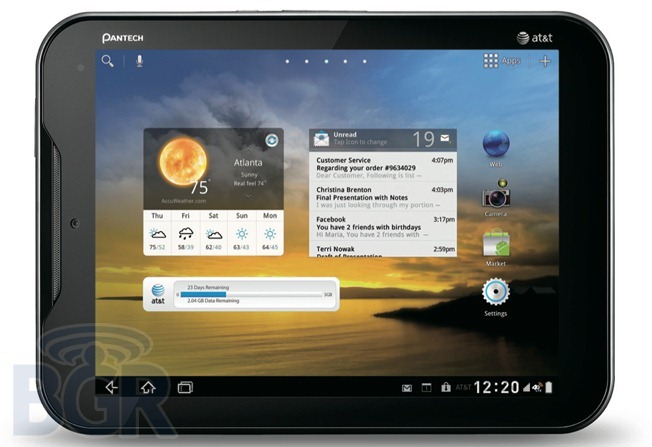 2011 was a great year for Android - Android 4.0 Ice Cream Sandwich was announced. The Galaxy Nexus was released. A whole truckload of Android tablets came out. The first 4G LTE smartphones appeared. But there were some significant speed bumps as well. Here are, in no particular order, the five things in the world of Android in the last year that really got our hopes up, but ended up being a little disappointing.