Asus Chromebooks have been a popular choice for buyers thanks to a mix of low price and solid fit and finish. The company's latest model is the Chromebook Flip CM3, also known as the CM3200. It's an ARM-powered convertible laptop, not the detachable, Lenovo Duet-style tablet we were expecting, though that model may come later.

Can you have too many USB ports? That depends. Is eight too many? If your answer is a resounding no, then now is a good time to pick up a OctoFire USB charger on Amazon. The device that lets you and your buddies charge four short of a dozen gadgets has reached a new low of $32.

The hub plugs into the wall and provides 84 watts and 16.8 amps of juice. Each device is able to pull from speeds of 2.1A per port.

Every smartphone out there might not be able to use a microSD card, but it can take advantage of a full-sized flash drive. Hey, hear me out here. I'm well aware that Android phones don't come with big USB ports, but SanDisk has produced a flash drive that your phone or tablet can access wirelessly. While they're not a perfect solution to the problem of limited storage, they're one of the best options out there. 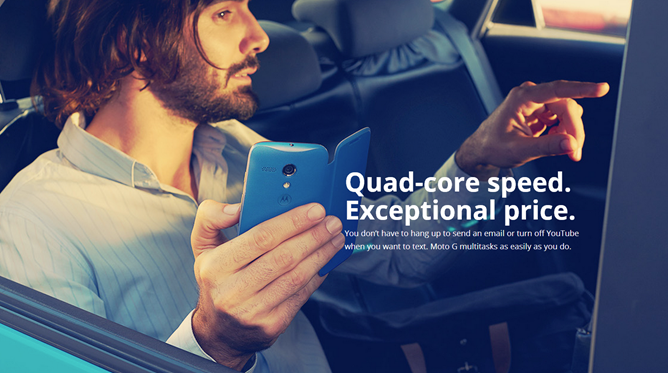 We could tell you all the specs and technical details, but the most important factor in the Moto G is the price. The Moto G starts at just $179 for the 8GB model and $199 for the 16GB model.