Remember the Tegra Note 7? It was supposed to be an OEM platform from NVIDIA, but it got a bit overshadowed when the SHIELD Tablet came out. About a half-dozen manufacturers took NVIDIA up on its offer, notably EVGA, Zotac, Gigabyte, and HP, but it doesn't look like a second model is coming any time soon. Still, they're pretty nice little tablets, especially if you want one with a relatively clean version of Android and a built-in stylus for a low price.

One of the other nice things about the Tegra Note 7 tablets is that updates come straight from NVIDIA (though HP's Slate 7 Extreme seems to be an exception).

Owners of Developer Edition phones are the most dedicated of Android enthusiasts, they who eschew the traditional carrier model and put their money where their mouths are for the sake of total control and the principles of open-source operating systems. (Also, I suppose a few of them might be actual software developers. You never know.) For those who've purchased the Developer Edition of HTC's 2015 flagship, the update to Android 5.1 is going out right now. 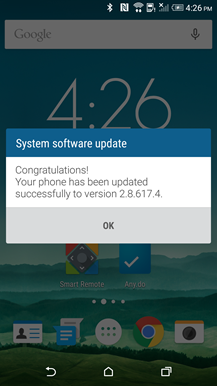 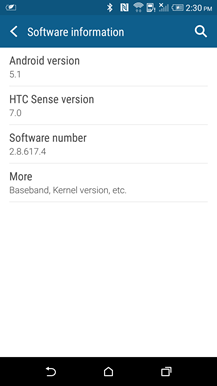 The Developer Edition is the second version of the M9 to get Lollipop 5.1, assuming that Sprint started sending out the promised OTA earlier this week.

The original Moto X signaled a major design shift for Motorola, and the company has done an admirable job keeping the device updated to the latest versions of Android so far. The Moto X 2013 is now seeing its first Android 5.1 updates, specifically for the unlocked retail models in the United States and Brazil plus the Rogers carrier version sold in Canada, according to Motorola manager David Schuster. This comes after a few weeks of soak tests.

That's just a short while after the first Moto X 2014 models were given 5.1 updates, and about three months after Google officially announced Lollipop 5.1 itself.

Just about a week after Motorola released update notes for the second version of its Moto E budget handset, it looks like the Lollipop 5.1 update is indeed hitting the airwaves. Multiple posters on XDA have alerted their fellow users that the update (version XT1527, if you're wondering) has reached their phones. Thanks to the Moto E's off-contract nature, it should hit users on all carriers at the same time. 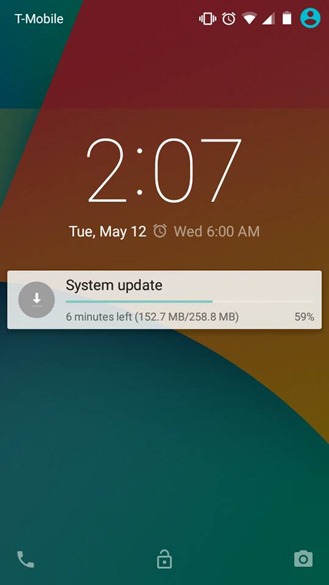 According to screenshots posted on the forum, the update is a bit over 250MB in size, which is practically tiny for over-the-air updates these days. (You can thank Motorola's "I Can't Believe It's Not Nexus" software approach - Samsung updates are pushing a gigabyte or more.)

To say that Nexus 9 owners are somewhat miffed that Google's flagship tablet is currently lagging several versions behind the latest Android release is something of an understatement. The Nexus 9's slow software update rollout, well behind the rest of the Nexus line and even some third-party devices, is as odd as it is irritating. But according to an official Google Twitter post (update: Google+ too), the wait should be over today.