What do you think of when you hear the word "TV"? Fox News? Family Guy? Creepy Logitech ads? 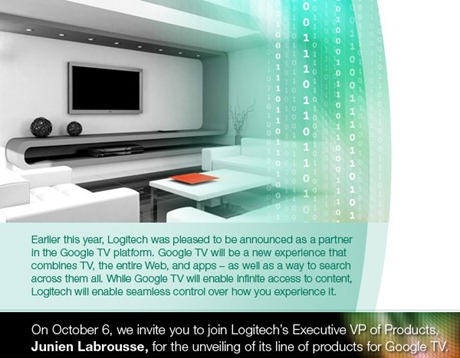 If you just chose the third answer, it appears that, come October 6th, Logitech will finally have a chance to explain (or excuse) itself for that god-awful advertising campaign. Oh yeah, and the company will also introduce a "line of products for Google TV," which could end up being seriously awesome considering what Google unveiled at the I/O developer conference, but if I were Jerry Quindlend, Logitech CEO, all I'd be thinking of right now is the best way to publicly apologize for this.