Andy Rubin, you coy devil. I suppose we could ignore those rumors about Google retail stores if you ask nicely and bat your eyes at us. That's what the head of Android would like us to do, anyway, as he spoke at Mobile World Congress stating that "Google has no plans [for a retail store] and we have nothing to announce."

Why not, though? This sure sounds like a good idea to a lot of us in the Android fan world. Well, according to Rubin, people are able to make decisions about which phone they'd like to buy without actually seeing the hardware.

It certainly seems like Google and LG have been ramping up production of the Nexus 4 after the initial launch left countless customers without a phone. While it's still unclear if they've made enough to meet worldwide demand, there will at least be one group that will finally have complete representation: T-Mobile stores! Back in November, the company picked up Google's latest flagship handset online and in 'select stores.' As of some undisclosed time this month, however, all retail locations will carry the Nexus 4. 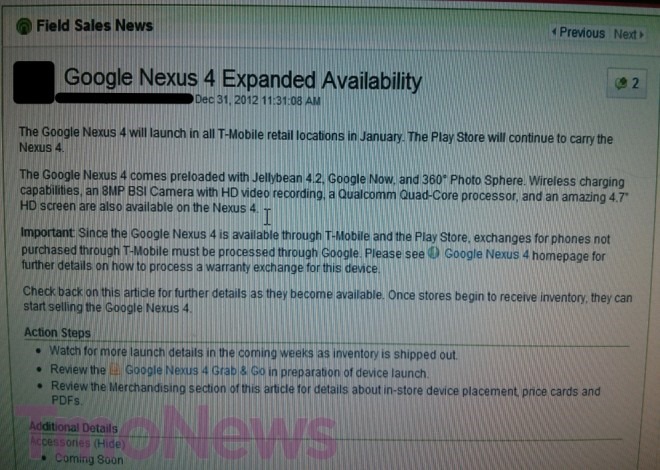 It doesn't look like anything related to device subsidies or contract requirements are going to change, despite a brief scare in December when the on-contract price shot up to $400.