Growing up in Lebanon, I got used to giving and receiving directions to my home as, "take the second right turn after the chicken restaurant, continue straight past the two gas stations, it's the first building on the left after the falafel stand, with a flower shop below it and facing a pharmacy." I even remember how long I had to stay on hold on the phone with some government dude just to get the ZIP code for my area. Then I opened my own pharmacy in a different area of Lebanon, where the streets were divided by colored sectors and the buildings were numbered, but still, no one used the provided addresses because they were accustomed to the old way of doing things.

The Facebook app takes a lot of heat (and with good reason), but the Facebook Messenger app is actually pretty alright at what it does. There's a new feature rolling out to this app today that lets you send a location to your friends as a message. It doesn't even have to be your location, just a location. 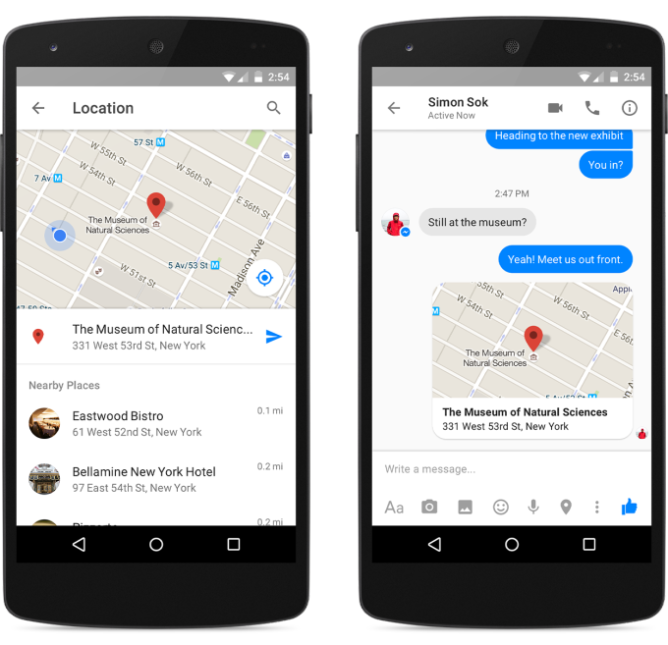 We learned last week from an update to the Android Wear app that support for connecting multiple watches – and possibly other devices – had become reality.

There are a few ways to get directions from your computer to a phone, but Google just added this handy functionality to Google search. Simply search for "send directions," and Google will let you pick a location and device, then you're good to go.

The Android ecosystem –as most of us think of it– is built on more than just an operating system and a marketplace for independent apps. It's largely shaped by dozens of services that have been built by Google, allowing developers to add rich features to their apps without building out expensive infrastructures. The Google Play services package is the core element in this equation, and it's getting a pretty major update to version 7.0 over the next couple of weeks. Google just announced that it's about to give developers access to important new features including a Places API to get surrounding businesses and landmarks, and a new Nearby Connections API to make it easier for phones and tablets to act as a second screen to your Android TV.

It's Update Wednesday again, and Google is firing on all cylinders. We've seen updates for both Android Wear and the companion app, Chromecast, Cardboard (who saw that coming?), and many more. Google Wallet also found its way onto the list with a few changes to its organization and styling. It started rolling out today, but we've got the latest version ready to download right now.

A post on Google+ earlier today calls out the most significant change for this version, which brings together gift cards, loyalty programs, and offers into a single link on the navigation drawer.

Google just announced its biggest update to the Hangouts Android app in some time, introducing a bevvy of features not seen before on the platform. In terms of utility, the biggest addition is probably confirmed phone numbers: like competing SMS-style message services, this will allow people who know you to search for your Google+/Hangouts profile with your cell phone number. It's an addition to the app that will be particularly useful to international users, who are used to this kind of contact lookup. 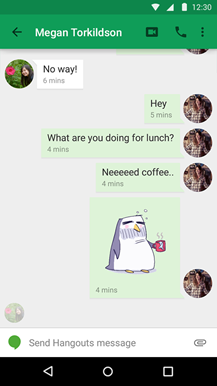 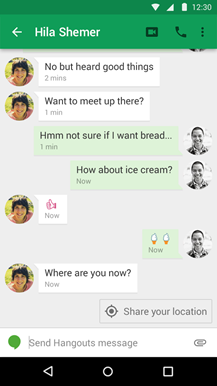 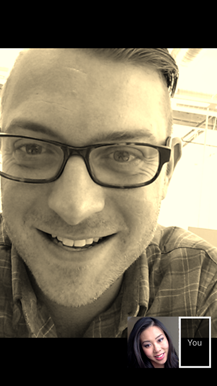 Other functional upgrades include a contextual tool system. This is sort of like Google Now for conversations: if the person you're chatting with should ask "where are you," you'll be given a temporary link to share your location with him or her.