Anyone who's been hanging around Android Police knows that AirDroid is one of our very favorite tools. And a big part of what makes it so great is that the developers are constantly improving both the core file transfer functions and adding brand new stuff more or less constantly. The latest additional goodie is a photo backup system, more or less like the ones featured in Dropbox or Google Drive and their imitators, but minus the online cloud storage element.

What's better than cloud back-up? Local back-up, I hear you say. But how about both? If your ears perked up, this StackSocial deal could be your answer. Included is a bundle of IDrive's (a company we've already featured in a deal or two around here) new Wi-Fi 1TB Hard Drive and one year access to their 10TB IDrive Pro Personal cloud backup service, for a total of $97 instead of $475 — that's a 79% discount. 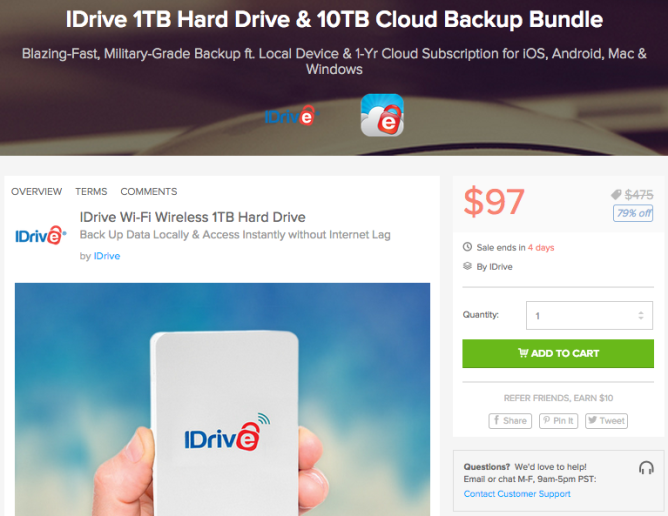 The IDrive Wi-Fi 1TB Hard Drive usually costs $99.99 by itself. It's a 256-bit AES encrypted external hard drive that plugs into Windows and Mac computers through a USB interface, but also has built-in Wi-Fi (and a 3000mAh battery) to receive backups over your local network from your computers as well as your Android or iOS devices.