Instagram has all but killed off Snapchat by this point, and it's got a lot to do with the strength of its stories and live video features. With the latest update to version 24, a new 'Request' button has been added to the comments section of live videos to be added to the stream. Instagram Live is one of several ways to live stream from your phone, but it always had one catch - you couldn't save the broadcast after it was over. Both Periscope and YouTube mobile streaming support this feature. Thankfully, Instagram now allows you to save live video after the broadcast is over. Instagram's focus on sharing pictures has expanded steadily ever since the Facebook acquisition, and now it joins its parent company in offering live video. After announcing the feature a few weeks ago, Instagram says the feature is rolling out to all US users this very day. It's a bit different than the way Facebook and others handle live video, though. The first item is the new sharing popup. We're not entirely sure when this first appeared, but it's there. The popup allows users to change where they're posting to - 'Post to Facebook,' 'On a friend's timeline,' and 'In a group.' This can be switched using the top spinner. No sooner did we figure out Google added support for private YouTube videos to the Chromecast, than live videos started working as well. We've been checking around and it looks like almost every live stream is working on the Chromecast, but only from a desktop web browser right now. The Android app still reports an incompatibility with live streams. 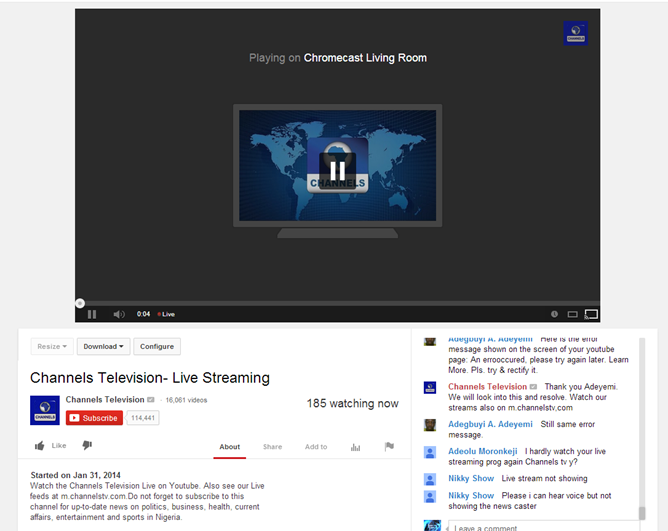