You don't have to be a genius to work out that China is going to be an increasingly significant nation in the coming years, culturally and economically. More than one billion people already speak Chinese, and that's sure to continue rising. It's been one of the most requested languages over at Duolingo, which is ready to launch Mandarin Chinese in its mobile apps and on the web.

You may think that learning English isn't exactly a priority for the world's most populous country. While many Chinese people probably have little reason to speak English in their daily lives, there are still plenty who want to learn the language, either for business or personal reasons. As Mandarin is so different, pronunciation is particularly difficult to master. That's where Microsoft's new app, Engkoo, comes in.

Duolingo's Korean for English speakers language learning page has been asking for people to sign up for a while now. It's one of the top languages people register their interest in and today the course is finally launching.

While I don't see the option in my Duolingo app yet, the lesson courses should show up soon — today, hopefully. They follow the same style as Duolingo's other courses, using fun cards, associations, listening skills, and a gamification aspect to keep you coming back for more lessons to improve your new language skills. Korean isn't the first East Asian language supported (Japanese and Vietnamese are already available), but it serves to grow Duolingo's coverage and appeal. Duolingo is one of the most popular apps on the Play Store, but oddly, its social features have been a bit on the light side up to now. The latest update to the language learning service aims to alleviate that with Duolingo Clubs. The feature is pretty much exactly what it sounds like: users (or "players" as Duolingo likes to call them) can congregate into social clubs to keep track of each other's use of the app and progress though the guided, game-style courses.

Update, 7-25-14: A Carnegie Mellon representative informed us that in fact the Duolingo Test Center results will not factor into determining an applicant's English skills, it will merely be used in research to test the exam's effectiveness, at least at the moment.

Carnegie Mellon, a global research university that attracts student applicants from around the world, is the first academic partner of Duolingo for the English language certification exam.    In this role, the university in the coming year will encourage applicants and newly admitted students to take the online exam as part of a research study. The exam results will not be used as the basis of admission decisions during this period; rather, CMU would perform research into the stability, reliability of the test and its correlation with TOEFL iBT, an established English proficiency test.

Duolingo is one of the most simplistic, visually appealing language learning experience someone can come across, and the fact that it's a mobile app they can take anywhere is just one heck of a perk. Today's update doesn't shake things up for existing users, but it has what it takes to bring in many more. Now English courses are available for people who speak Hindi as their native language, Russian speakers have the option to learn German, and German speakers are welcome to learn French. 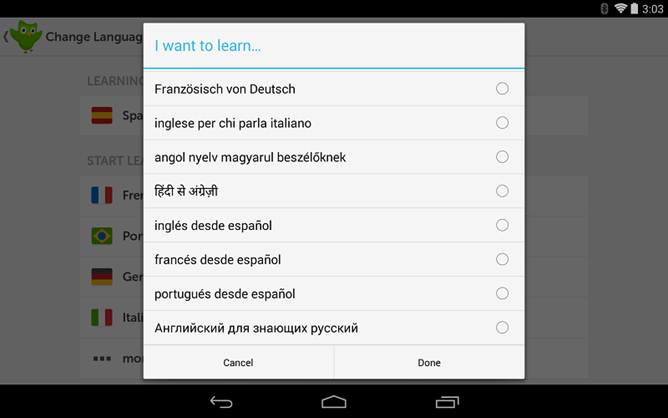 Aside from that, the newest release should run smoother and provide a more stable experience all around.

When it comes time to learn a new language on a mobile device (what, you haven't?), Duolingo is the first that comes to mind. But let's say you've completed everything that app has to offer - what then? Lingua.ly has arrived for Android, and it's ready to help newcomers learn any of over twenty languages. 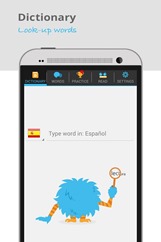 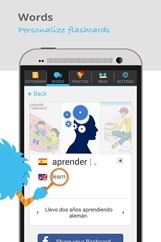 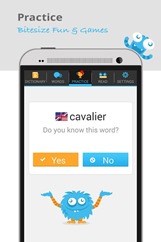 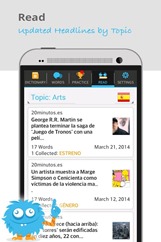 At the end of May, language-learning app Duolingo hit Android with hopes of bringing "a college-quality education without the price tag" to the mobile scene. As useful as it was at the time, however, it had a couple of fairly major shortcomings: lack of a tablet-optimized interface and/or landscape support. In about a month's time, however, the company has already managed to cough up an update that not only brings both of those features to the table, but also an all-new leaderboard feature that lets you compete with your friends. 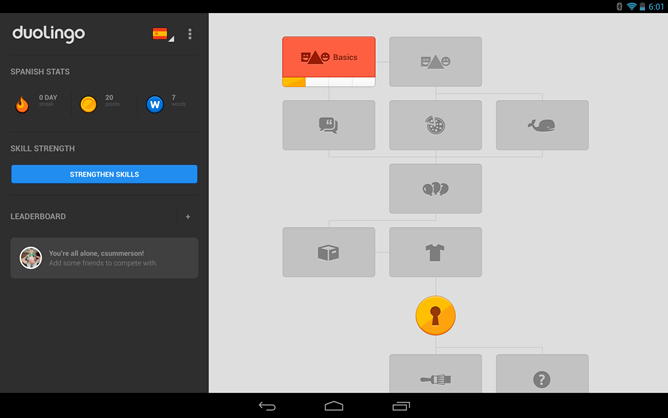 The app already had a pretty nice-looking and intuitive interface, so this version bump is just the icing on the cake – especially for tablet owners.