Koush had to take his device mirroring tool Vysor off the Chrome store last week after H.264 owner MPEG-LA came calling with a big bill. It seems the H.264 decoder in Vysor entitled MPEG-LA to royalties on Koush's free app. Well, after a weekend of coding, Vysor is back with a new decoder and a subscription option.

Simply press share on Vysor's control panel, and the link will be automatically copied to the computer's clipboard. All that's needed then is that link to be pasted to the intended recipient, who can then view the phone or tablet in Chrome or Firefox.

After teasing the Material redesign of AllCast a couple of weeks ago, Koushik Dutta has finally made the updated 2.0 version available for everyone to install, enjoy, admire, and swoon over. And if you're wondering why it looks so good, it's because our own Liam Spradlin had a hand (mouse click?) in giving the app its fresh coat of paint and that is all you need to know. Article over. Nothing left to say. I'm dead serious. Why are you still reading this? Go scroll down to the end of the post and click install, dammit! Everything I say from now on is just pointless gibber-jabbering to fill space.

Koush has certainly been busy since his departure from Cyanogen Inc. After getting AllCast working on the Fire TV with a receiver app, the AllCast Receiver is now in Google Play for use on any Android device. This essentially makes your device a streaming target in AllCast, letting you send media from one device to another. 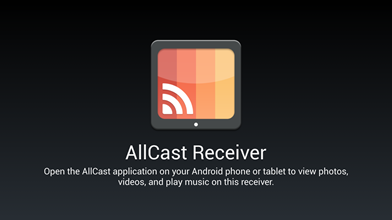 Now footloose and fancy free, or at least self-employed and unencumbered, Koushik "Koush" Dutta is expanding his popular AllCast streaming app to Amazon's new Fire TV set-top box. Unlike the Chromecast, Xbox, Roku, Apple TV, and various other gadgets with relatively open streaming profiles, the Fire TV needs a separate app to receive content from your phone or tablet. Just install AllCast on both and you should be good to go for local video and audio streaming.

The Fire TV component of AllCast is free, as is the basic demo Android app, but you'll need to pay five bucks for the premium version to get access to unlimited streaming.

All those photos and videos you're saving in Google Drive aren't going to fly through the internet and cast themselves on a TV, are they? Wait, are they? Because if so, I think we have a mystery to solve. Since that's pretty unlikely, it's good that Koush's AllCast app has just been updated with preliminary support for Google Drive. 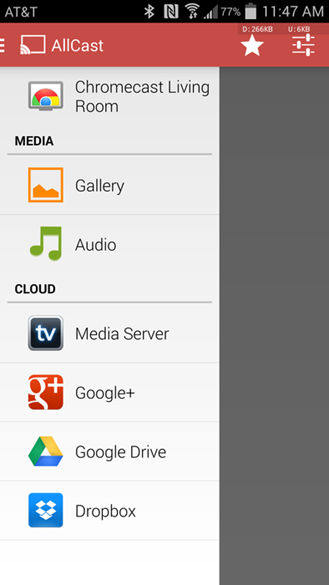