Kongregate has brought Tiny Dice Dungeon to Android, supplying us mobile gamers with another RPG filled with quests, battles, and loot. This particular game is set apart by its innovative turn-based combat system, which requires players to roll die to attack. The numbers rolled determine how much damage gets dealt. Rolling a double causes increased damage, while getting a one means the attack misses. The system works by combining strategy with good old-fashioned luck. 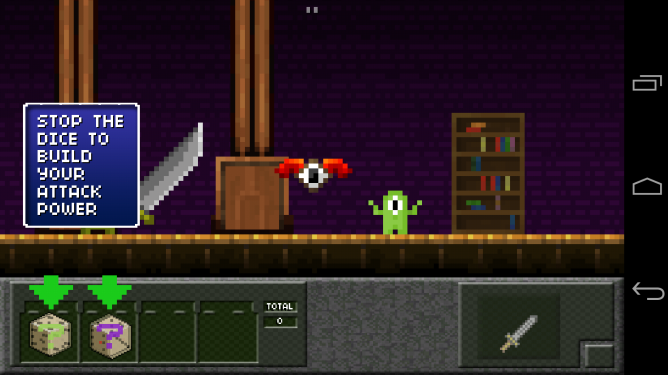 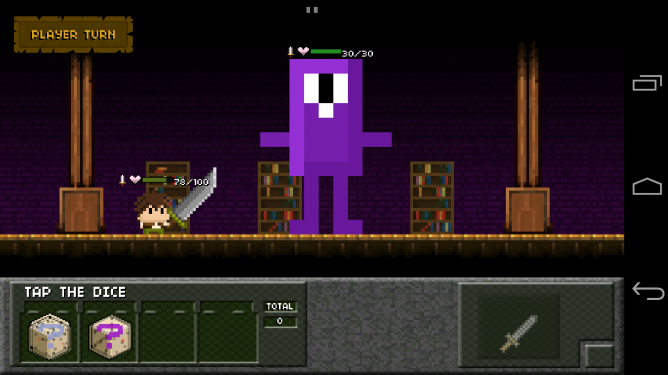 There's a decent chance you will know whether or not you want to play Tiny Dice Dungeon just from taking a look at its screenshots. That's right, this is another 2D title that feels 8-bit graphics are good enough. If

Nothing like a little robot-on-robot violence, right? Kongregate's newest game on Android had a good run over on iOS and the name tells you pretty much everything you need to know about it – Endless Boss Fight. You fight bosses, endlessly. 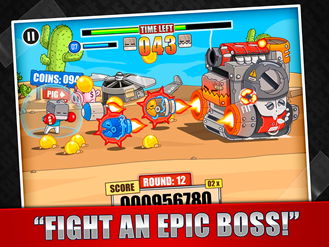 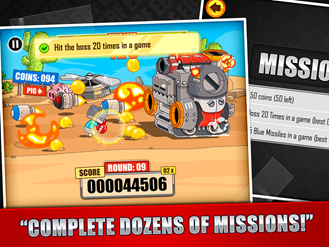 Your main character is a little punching robot that has to do battle with big, heavily armed robot boss machines. You duck, weave, and punch your way through one after another until you lose. There are missions to complete along the way, along with rewards. It's a bit like an endless runner in that respect. In addition to the main gameplay, you can create and upgrade your own boss character, which is then battled by other humanoids in the multiplayer area.

Have you ever tried to count sheep in order to fall asleep? It doesn't work. Why? It's not just because sheep are far too noisy to use as sleeping aids, it's because there's something oddly unsettling about them. What do they have hiding under their fur - wings perhaps? The sheepocalypse is upon us, and yes, those are sheep falling from the skies. It's time to run endlessly to put an end to this madness. Or something like that. I'm not exactly sure what's going on in Kongregate's latest Android title, Sheep Happens, but it's definitely on the wacky side. 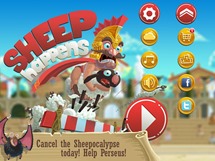 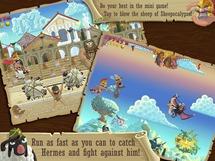 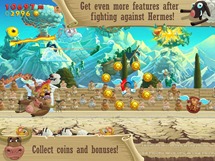 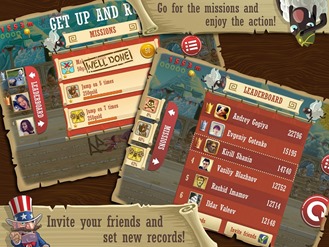 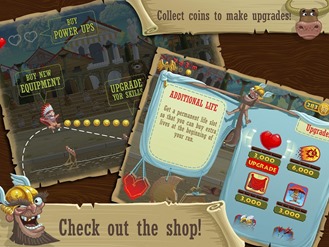 Sheep Happens pits players in the speedy shoes of Perseus and tasks them with running as fast as possible in order to catch the nefarious Hermes.

Kongregate.com, snatched up by GameStop last year, is one of the most popular time-killing websites in the world, with hundreds of original Flash games to entertain visitors for hours. It was only a matter of time for the company to bring the most mobile friendly of those games directly to Android in a single easy-to-consume package, called Kongregate Arcade.

Update #1: As many of you noticed, the app has been pulled from the Market. Apparently, even Kongregate doesn't know why just yet, as they've issued the following statement:

"As reported earlier today, the Kongregate Arcade app was launched on the Android Market and was enthusiastically received by the gaming community, receiving 4.5 out of 5 stars.