Bringing the pictures you've taken on your phone to life has become pretty easy with the advent of dedicated cloud photo storage — Google Photos, for example, helps you get albums out to your friends and relatives in just a few days. But what if you want a faster solution? Something that doesn't involve optical scans of your phone's screen? Well, CVS and Walmart have made it possible to get same-day Google Photos prints at over 11,000 locations. Camera company Kodak went bankrupt a while back, but managed to save itself by selling its brand off to anyone who wanted it. Since then, the Kodak name has been pilfered and used to market cheap Android devices. It's a sad state of affairs for the once-great manufacturer, but maybe it's about to get better (or worse, depending on your point of view): ARCHOS has been signed as a brand licensee in Europe, following the release of the Kodak EKTRA smartphone last year.

ARCHOS is well-known for the line of mediocre, budget Android tablets the company makes. Presumably, the new Kodak devices will be the same sort of thing, but with the legendary American imaging company's name slapped on it. Despite being a colossus in the history of photography, Kodak hasn't made a lot of waves in the last few years. With smartphones gobbling up the market for point-and-shoot cameras, and DSLR and mirrorless cameras occupying the high end, the venerable company is being squeezed from both sides. Kodak hopes that a unique smartphone design, bearing the name of one of its most famous film cameras and packing a huge focus on photography, will save it from obscurity. The Ektra is scheduled to go on sale today in Europe for €499 (about $525 at today's exchange rate).

Not to let competitor Polaroid steal too much of the limelight (see Socialmatic above), Kodak has come to CES with a device of its own.

Kokak, the developer behind the Android port of Doom GLES, has brought another iconic game to Android devices everywhere, recently releasing Heretic GLES to Google's Play Store. As fans of old-school gaming would hope, Heretic GLES (like its Doom counterpart) supports physical controls on the Xperia Play or your keyboard or gamepad.

For those unfamiliar with the iconic FPS, Heretic challenges players to fight through hoards of undead monsters, find the gateway to Hell's Maw, and seal the portal through which the undead have sprung, going on to face off against D'Sparil who (along with two others) has been wreaking havoc by effectively disabling the seven kings of Parthoris.

If you have a Kodak all-in-one printer and a Google Cloud Print account, you could be printing in style with the new KODAK Document Print App. This app aims to make printing documents and pictures from your device convenient and seamless. 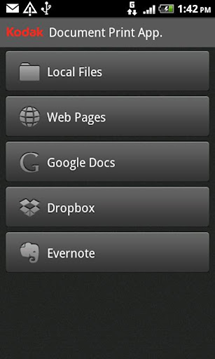 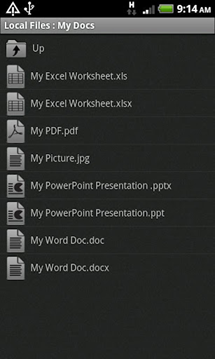 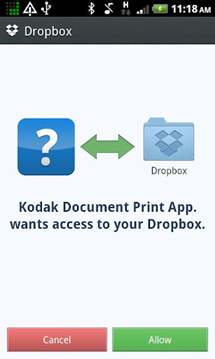 This app will allow you to print a multitude of different document and picture types straight from your device, Google Docs, Dropbox, and Evernote. You'll also be able to use the app's built-in browser to view and print web pages. On top of all that, the service is rather easy to set up. You just need to have a registered Kodak AIO printer (duh) and be signed up for a Google Cloud Print Account, then you'll be ready to quickly print that term paper you put off on your way out the door.