Motorola isn't the best at updating its devices these days. Custom ROMs can often be helpful for devices without speedy official updates, but the lack of a recent kernel source code can make ROMs less stable/functional. Thankfully Motorola has released the kernel code for the original Moto Z Play's Android 7.1.1 update. It's always nice to see companies respect the GPL, which requires OEMs to release the kernel source code for phones they create. HTC is usually pretty good about releasing source code for new devices in a timely manner, and to that end, the company has uploaded the U11's kernel code to its website.

Certain Android manufacturers do a good job of regularly supplying kernel source code, and Motorola is one of them. Nearly two months after the Moto Z Droid became available from Verizon, Motorola is now posting those files online. HTC wasted no time making its new One M8 flagship available, which inevitably means that the source code for its software kernel would need to follow. HTC has dutifully published the code for a range of new M8 phones on top of those published earlier this month, specifying carriers in the United States and Europe and one model in Asia. Here's the list of new source code files now available from HTCDev.com:

That's in addition to various phones published last week, which includes the source code for the One M8 Google Play Edition.

Sony may not have the best track record when it comes to making its phones available across a wide number of carriers in the US, but it has no problem sharing its open source kernel files on a timely basis. The company officially announced the Xperia Z2 a month ago at Mobile World Congress, and now much of the handset's internal code is available for download on the web. 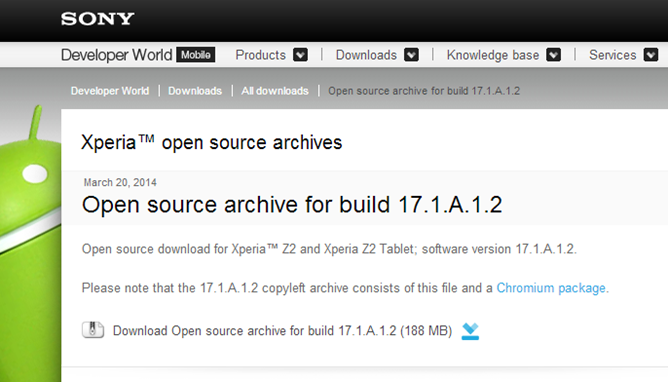 These files also apply for the Xperia Z2 Tablet, which Sony also unveiled at Mobile World Congress. These files don't do much for the average user, but they're essential for ROM developers looking to support Sony's latest Xperia devices.

Sony has a solid track record when it comes to quickly making open source kernel files available to the public. The company released them for the T-Mobile exclusive Xperia Z1s last week on the same day that the handset launched in stores. Now Sony is following through with the Xperia Z1 Compact just after launching the phone in Europe. 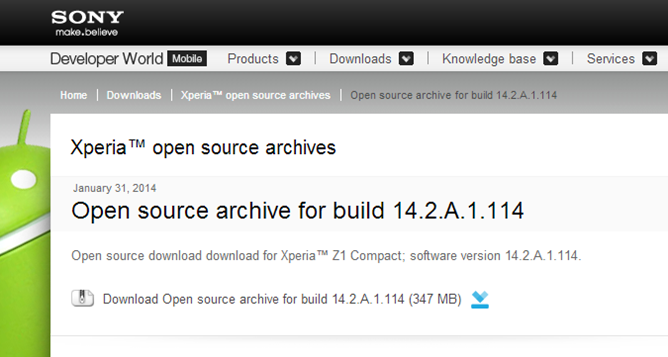 These files are what developers need to make the custom ROMs many of us can't get enough of. Of course, people don't need to wait for such a release to start hacking away at a device. Developers have already rooted the Xperia Z1 Compact and gotten ClockworkMod Recovery running on it.

Sony announced the Xperia Z1s at CES earlier this month, and it quickly showed up on T-Mobile's website. So Americans looking to just own the handset have had a week to order one online from the carrier, while those wanting a deeper relationship with the device - to love it for what's on the inside, rather than the outside - have had to wait a little longer. But now their opportunity has come as well. Sony has published the kernel source code for the Xperia Z1s on the same day as the phone's debut in T-Mobile's retail stores. 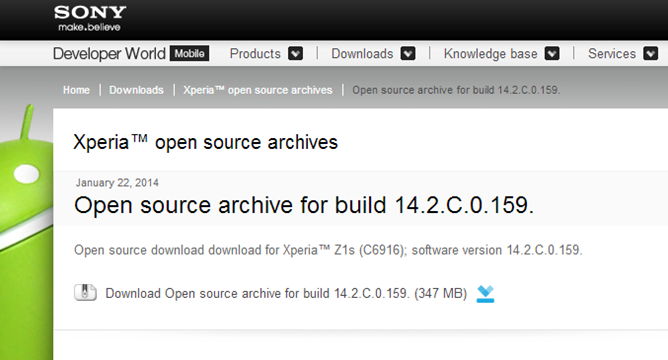 These files are necessary for developers to create custom ROMs, and Sony has had a good track record of making them available for its devices.