Sprint's newest dual-core device, the Motorola Photon 4G, is set to land on The Now Network sales floor on July 31 for the now industry-standard price of $199 with a two-year agreement. This is the first WiMax phone to come out of Motorola's camp, and it sports some rather impressive specs: 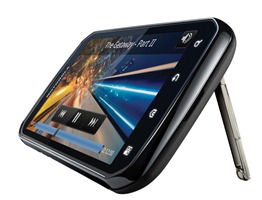 Judging by the official press release, it looks like the Photon won't be lacking any accessories either.