While the GSM Galaxy Nexus has been running Jelly Bean since Google I/O, there hasn't been a single word of the update for the Verizon Nexus. Until now.

Last night, one lucky XDA member received a system update on his phone to install build JRO03O, which is the newest Jelly Bean build we've heard of. 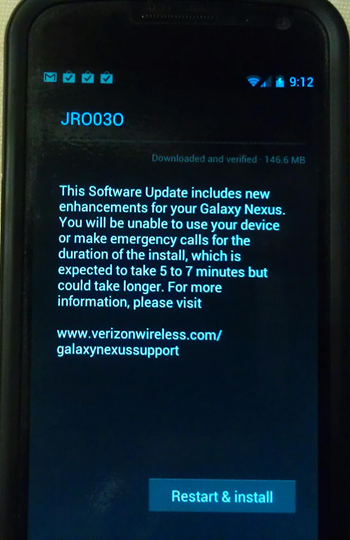 It's pretty evident that this is just a test build, as there's nary a word about the update anywhere else; even Verizon's support channel is void of any info.