You might have heard that Amazon disabled the option for software encryption in the latest version of its Android-based Fire OS for the Kindle Fire series of tablets. (This isn't new - Fire OS 5 has been rolling out to various tablets since last year.) And if you read news that isn't Android Police, you probably also know that it's not the biggest story involving encryption right now. After consumer backlash following the Apple-FBI encryption case, Engadget reports that Amazon says it will return software encryption in the next major update.

Customers might have had something to say about the loss of encryption capabilities even without the highly public spat between Apple and the FBI over the San Bernardino iPhone case. Software updates are a big deal. They deliver bug fixes, new features, refreshed interfaces, and a lot more. Sure, there might be that feature or two that gets discarded and breaks someone's workflow (relevant xkcd), but for the most part, newer means better. And if software updates are important for apps, that's especially true for operating systems.

Largely due to the proliferation of smartphones, we have come to take free and consistent OS updates for granted. Users assume that a new phone bought this year will still be running the latest OS in the next, and no one expects to have to pay for that software update.

Apple is, you might say, ever so slightly hesitant to support competing platforms. It took the company years (and the promise of a greater market for the iPod) to support Windows for its massive iTunes program, and some of the more professional tools have never appeared on anything except Apple hardware. Today is a banner day, then, because Apple has released its first ever Android app. It's pretty much exactly what you were expecting. 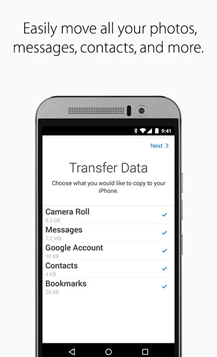 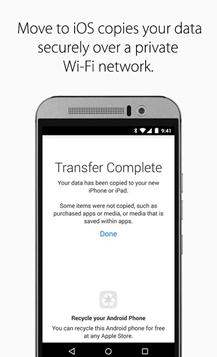 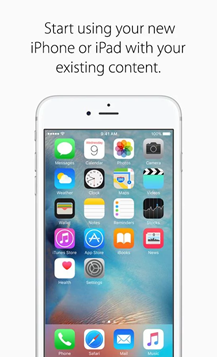 Apple announced the Move to iOS app way back in June, but it's taken them this long to get it on the Play Store. (Maybe they had to wait for approval.) Like similar apps from a variety of manufacturers, including Microsoft, Samsung, and Motorola, the app is designed to allow you to transfer contacts, SMS history, bookmarks, photos, and account information to the company's hardware, in this case an iPhone or iPad. Full disclosure: I own an iPhone 6. It's not my daily driver (I use it for testing and design research), but when Android Wear for iOS was announced, I thought it might be fun to connect my Moto 360 to the iPhone and see what our friends using iOS might experience if they decide to pair up with an Android Wear watch.

First things first: the Android Wear app for iOS. In general the experience will seem familiar to Android users. Pair up your watch using its special name/code, then view a video going over the basics, etc. The iOS onboarding process feels a bit laborious, since - if you follow the app's guidance - you'll have to do things like venture into iOS settings to enable bluetooth, double click the home button, and go back to Wear, but it's not unbearable and in practice you can just swipe up the iOS quick settings from the bottom. 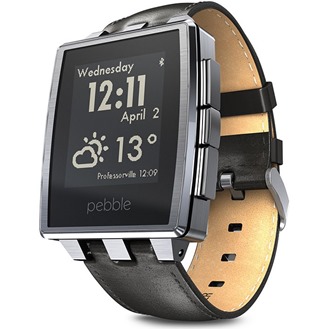 A developer has done the (almost) unthinkable: gotten an Android Wear watch to work with an Apple iPhone. More specifically, it's a Moto 360 and an iPhone 6. Maybe more surprising is that he did not need to jailbreak the iPhone to do it, even though his happens to be. It's not exactly clear how much he needed to modify the watch, but he's obviously loaded custom software onto it. Here's a proof-of-concept video:

If you don't like videos, it shows a text message rolling in on the iPhone and an alert subsequently popping up on the Moto 360. The notification on Android Wear has the appearance of a Hangouts-type alert, just with the Apple Messages icon instead.

If you're moving from an iPhone to another smartphone platform, you must first de-associate your phone number with iMessage, not only on your iPhone, but on any other Apple device (iPad, OS X) that you've used it with.