Google Maps has been performing solid, mostly thankless service for more than eight years now, and last week its most significant update yet was leaked. It's that time of year, so we naturally assumed that we'd be hearing more about it at today's Google I/O keynote, but someone in Mountain View must have been a little quick on the trigger. Droid Life spotted a signup page for the revamped web interface and managed to grab a few screenshots before it was hastily shoved back in the digital closet.

Google has been pushing developers to build tablet-optimized UIs for their apps since the Xoom was the hot new challenger to the iPad (haha). Okay, so that didn't work out very well, but with the release of devices like the Nexus 7 and Nexus 10, devs are finally starting to see the value of building a great tablet experience. Of course, it's not like you'd know. The Play Store is terrible at showing off tablet UIs, but that's about to change.

Tomorrow, Facebook is expected to announce some major changes to its News Feed. This has been a long time in coming and many people agree that, compared to the growing competition amongst modern social networks, the News Feed is one of the oldest, stalest, and ugliest presentations of information around. Okay, maybe it's not that bad, but it could use a refresher, so we're all eagerly awaiting the chang-Oh hey look new Google+ features!

AccuWeather is one of the leading apps for getting more information than you could ever possibly need about the position of the sun, clouds, and the statistical likelihood that precipitation will fall from the sky. It has not, however, been the leader in Holo interfaces among weather apps (the Weather Channel beat it to the punch last week). Today, it catches up, though, with a brand spanking new UI. 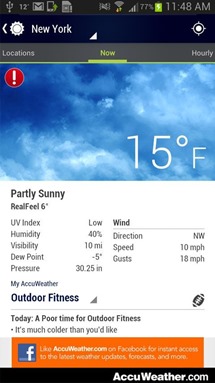 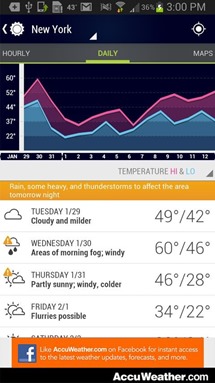 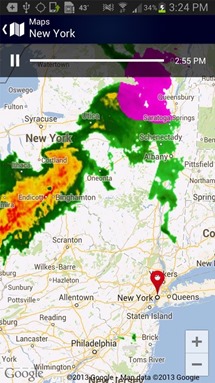 It's not just menu bars and Roboto that are being added for this interface overhaul.

You're crazy for this one, ARCHOS! Today, the company most known for releasing the best cheap Android tablets before the Nexus 7 swooped in and drove a wedge between the concepts of "cheap" and "inexpensive" announced the TV Connect. This thing is designed to plug into your set and essentially turn it into a giant Android tablet. With a remote control. No, it's not Google TV. What.

The TV Connect will come with a 1.5GHz "Multi Core" processor of indeterminate origin, 1GB RAM, 8GB of storage, and Android 4.1.

Facedroid is an app that ambitiously set out to give users a more powerful, functional Facebook experience. Until now, though, it was only available for Android tablets.

In a substantial update to version 2.52 today, that changed – the new update finally brings Facedroid to your phone. The phone interface, as you may expect, looks to bring the same functionality users have come to know and love from the tablet version.