In between those countless hours spent cutting fruit, flinging birds, and laughing at cats, it might be beneficial to put your mind up to something more productive. Lynda.com already provides a way to learn new skills from the comfort of your desk, but its pre-existing Android app could use some tender loving care. Today, it has received it. Lots of it. 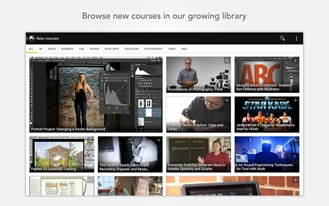 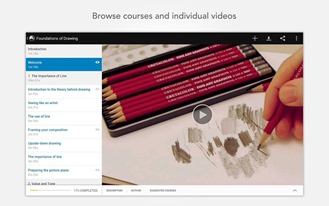 The new native app that fits on both phones and tables has more courses, a sidebar for navigating through its content, voice search, and support for playlists.

Pushbullet has received its first update of 2014, and it's one centered around improving the notification mirroring experience. The app, which makes it easy to exchange files and notifications between multiple devices, already allows Google Chrome and Firefox users to have each notification they receive show up on their PC as well. Now notifications that do so can be dismissed from either device. This saves people from reading messages on their desktops but having to reach for the phone to actually clear them.

An updated version of Minecraft for Android is hitting devices now, and it brings in a number of exciting things, including the use of powered rails. How a game called "Minecraft" could exist for this long without minecarts may be initially baffling, but this is the pocket edition after all, and some things do take time to bring over to our handy mobile platform. Gamers hooked on this immensely addictive title will also be happy to know that this isn't the only addition making its way over from the PC version.

Google's rolling out an AdSense update for its Android app that should provide a better experience for monitoring your revenue stream on the go. Version 2.0 introduces an enhanced interface, one that presents new information in a more visual manner. And don't worry, the widget introduced in the last release is still intact.

The first OTA update for Moto X has been making the rounds, already landing on T-Mobile, Sprint, AT&T, and US Cellular. Now the enhancements are landing on Verizon devices. The delay is not at all surprising, really. When you have the best coverage in the country, you're free to take your time with these things. Verizon has all but made this philosophy corporate policy.

Pantech Marauder owners will soon see a software update arriving on their QWERTY-sliding handset. Verizon is pushing it out three months after the last one, ushering in another wave of general enhancements and touchups. The notification panel's status bar has been updated so that users can preview application messages directly, and a Google+ button has been added to the Calendar app so that viewers can jump directly to the social network to see event details.