Just about every major electronics manufacturer has something to show off at IFA 2014, and Acer is no exception. Amidst announcements for a handful of new laptop models, a few tablets made it on stage for a little bit of time in the spotlight. In a creative twist, the two Android tablets featured during the presentation were equipped with significantly different processors. Acer's Iconia One 8 is packing a quad-core processor from Intel while the Iconia Tab 10 is equipped with a MediaTek quad-core processor.

The Acer Iconia A700 may offer mediocre performance when compared to the Asus Transformer Pad Infinity (TF700), but it's also normally $50 cheaper than the TF700 - to those on a budget, that may be a worthy sacrifice. Perhaps doubly so now that it's on sale for just $430 on Amazon (compared to $500 for the TF700) - certainly an impressively low price for a 10" 1920x1200 tablet powered by a Tegra 3 CPU.

Acer surprised viewers today with a pair of tablets that were not ushered in even by a humble press release. Engadget reports that the tablets received no formal announcement at Computex either, but that they were only discovered thanks to a wandering eye.

At any rate, the tablets in question are the Iconia Tab A210 and A110 – presumably upgraded versions of the A200 and A100. Each of the tablets has a new design, a Tegra 3 processor, and Ice Cream Sandwich goodness on board. 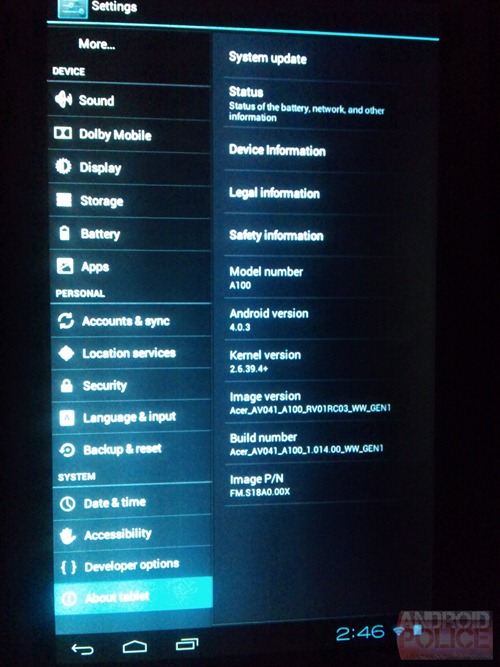 An XDA thread confirms Graham's update wasn't a fluke, with users all around the world receiving the update. So far the thread is 10 pages long but contains little by way of comments on the user experience after the update, but it does look like the ICS update is preceeded by a smaller 17MB update.

Acer ANZ just announced a distant April timeline for the Ice Cream Sandwich update to float all the way to Australia and New Zealand. Unfortunately, this doesn't tell us anything about the rest of the world, but unless they're delivering it by pigeon mail, I see it as a pretty good indicator of when it will hit the States, Europe, and other continents as well. Unfortunately,

Great news, everyone! We’ve just got confirmation from HQ that the Iconia Tab A500 will be getting Ice Cream Sandwich in April. 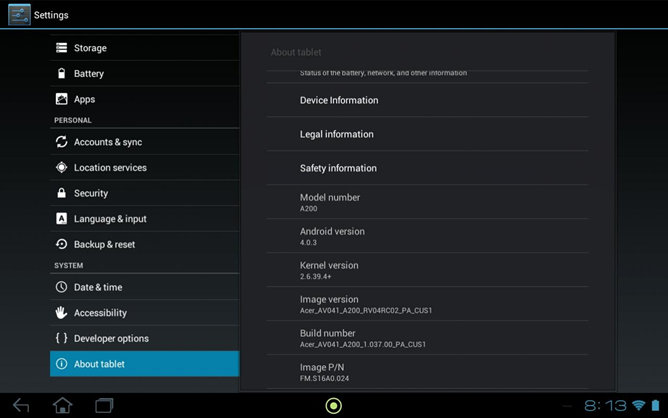 Good news, everyone! The Acer Iconia has been rooted and the process is so ridiculously simple that it's almost offensive. Seriously. Here is the entire step-by-step process to gaining full root on the Acer Iconia:

The link in that post goes to the XDA thread for a modified GingerBreak, an application for rooting devices in one click; no computer necessary. You simply download the modified APK, install it on your Iconia, run it, and become rooted. 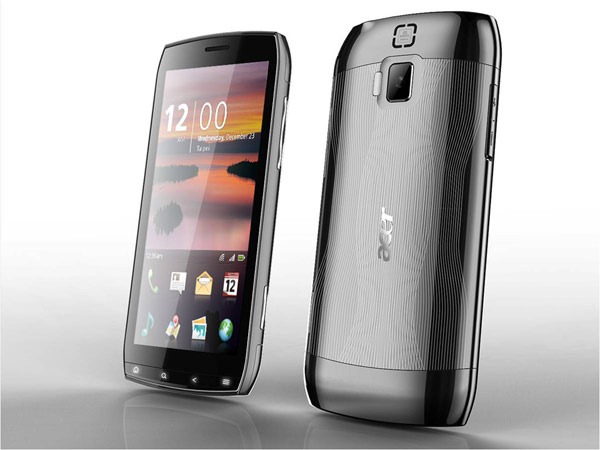 If you haven't heard about the Iconia Smart, you're not alone - but this is definitely one device to keep your eye on.