HTC fans who prefer Verizon (or who have no choice), your long wait is over. After months of rumors and teases, the HTC One flagship is finally available on Verizon, the last of the four major American carriers to get the phone. It turned up on the Verizon web store early this morning right on schedule for $199.99 on-contract, or $599.99 if you want it "free" and clear. 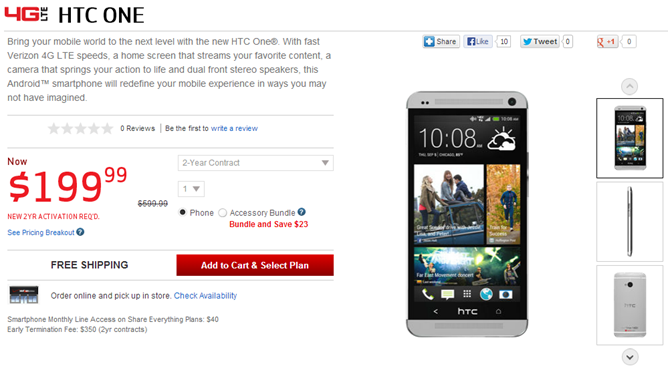 Verizon's One is identical to those on AT&T, T-Mobile, and Sprint, except for the obvious CDMA and LTE radio bands.

Just how big is the HTC One Max (AKA T6), rumored to use a 5.9-inch screen? It's big. So big that it dwarfs the HTC One in a new photo from ePrice, the source that leaked the original photos of a purported Chinese model of the upcoming phone. The latest leak shows it next to the One and One Mini, making a family portrait for the One series. 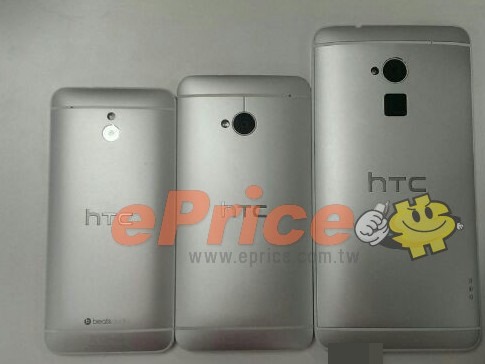 But this isn't just a photo of the baby bear, mama bear, and papa bear of the HTC's lineup.

If you sprang for an HTC One Developer Edition back when the phone was launched and have been patiently waiting for your Jelly Bean 4.2.2 update, you might as well stop waiting. But that's a good thing! According to a Twitter post from HTC's Global Sales President and Head of America Jason Mackenzie, the Developer Edition will skip right over the incremental 4.2.2 update and go straight to 4.3.

@jmwein we definitely care and want you to have great experience.

Yes, it has finally happened. Verizon Wireless, fashionably late to the party, has let slip the date you can swing by and get the HTC One. The big day is August 22nd, and the phone will cost $199.99 with a 2-year contract. The device will be available online and in stores on that date.

C Spire has simultaneously announced and started selling the HTC One today for $199 on-contract. The Mississippi-based carrier is the eighth-place wireless company in the US, but has still managed to start offering the HTC One before Verizon. 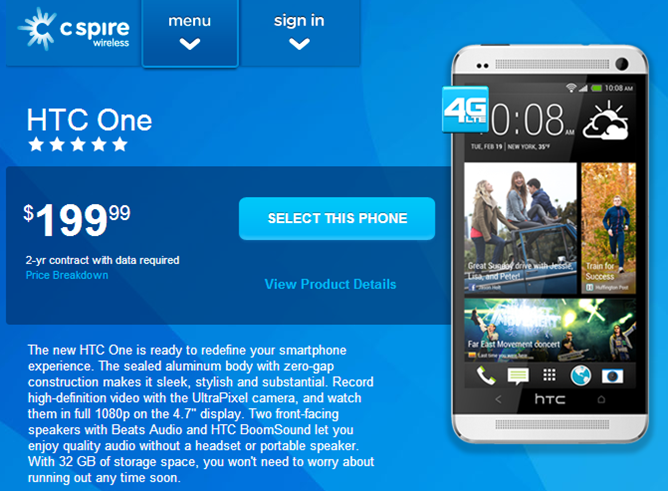 There's nothing unexpected about the HTC One on C-Spire. It's the same phone from other carriers, but it looks like the 32GB silver version is the only option. C Spire has a smallish 4G LTE footprint mostly in Mississippi, Florida, the southern Midwest, and parts of Georgia. 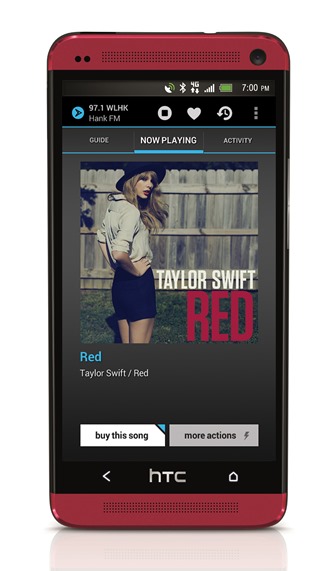 Sprint will get at least some kind of exclusive on the red One in the United States, and they'll sell it in all the normal online and retail channels.

Dell sells computers. They also sell other stuff. Usually we don't care - after all, Amazon sells even more other stuff, and most of the time it's cheaper. But every once in a while Dell comes up with a jaw-dropping deal. Like today: you can pick up a Sprint HTC One from the Dell Mobility Store for $50 on-contract for new customers. That's a cool $150 off the retail price. But wait, there's more...

The Verizon Moto X page just went live yesterday, and now the HTC One has broken cover as well. As usual, you can insert your email if you would like the "latest information" on the HTC One from Verizon. That's probably a lie, but still your call. 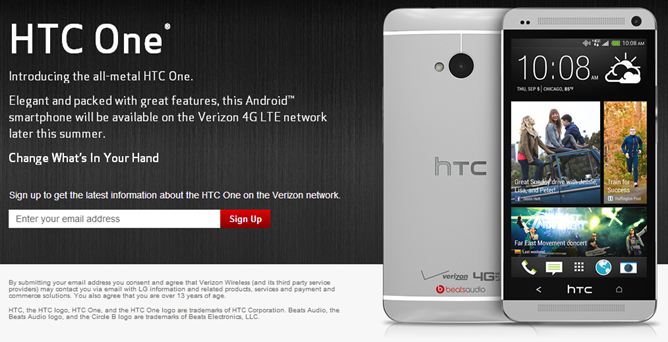 This appears to be the same HTC One from other carriers, but Verizon did manage to get its name and the LTE logo stamped on the back (the Moto X only has the Verizon part of the logo).

It was only a matter of time until HTC stepped up to Samsung and offered a "phablet" of its own, and it looks like that time is drawing close. Chinese site ePrice, source of numerous reliable leaks in the past, has posted a photo of a 5.9-inch HTC device set to take on the Galaxy Note series, Xperia Z Ultra, and the like. According to the post, it's called the HTC One Max, codenamed the T6.