Now that HTC's latest and greatest has been unveiled (we also went hands-on), it's time for a rather predictable query to you, our readers: did you buy one, or are you going to? 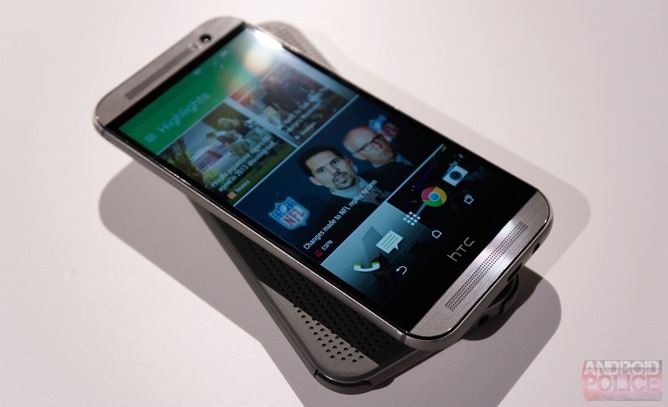 The new One boasts a slightly larger display than last year's model, and HTC new dual camera setup allows you to get a sort of knockoff-Lytro experience with your photos. The much-loved BoomSound speakers are making a return, as is the bulk of the original One's styling, apart from some slick new finishes.

Today's the HTC One M8's big day, and new shots and videos of the handset keep pouring in. HTC has now shared three "First Look" clips to its YouTube account that primarily focus on the phone's camera. That so-called "Duo Camera" is the device's most peculiar feature, so it's worth taking a look at just what it does.

This first video is the most general of the bunch. It touches on the M8's metal unibody design, Motion Launch (answer the phone by lifting it to your ear), and a few camera editing features.

Verizon is making the best offer here. Price wise, the carrier will let go of the M8 for $199.99 with a two-year agreement, $25.22 a month with Verizon Edge, and $599.99 without a contract (which, by the way, is $100 less than the Google Play Edition and the lowest contract-free price of the three carriers).